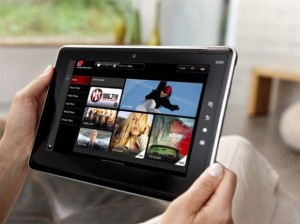 Mr. Don rating is dying. The alarming decrease traditional TV consumers is that the viewer has new and different requirements that few are knowing how to understand and satisfy.

The truth is that OTT (over the top) services account for just over 45 % of the world market.

This makes that TV without schedules is altering completely the business. In our TVMASmagazine edition of May-June, 2013, we presented interviews that make it clear that traditional primetime dying.

The changes are drastic and audience today has the power. No more the programmer.

In the case of pay TV, this leads to online consumer devices, tablets, phones or consoles. And on the other hand, the TV everywhere which is the programming  emitted from the TV to offer value added platform offline, that would be digital, with a cable operator, accounts for a large pie of the market.

And that is when you begin to consume online searches added values, more information, and that is money for the supplier, because he knows his consumer, and pushes personalized recommendation, movies, series, telenovelas, news, sports or general content.

He who generates content knows at what time, who and what are consuming content and builds a profile of that and other similar users. This optimizes the quality of service they can offer.

The positive thing about this resource is that you understands more the user and obviously serves as a guide for programming. Sure, this is key to non-traditional programmers, those who are open to these new audiences. There are sites that have an excellent recommendation engine and this explains why in the United States, Netflix subscribers surpassed HBO without having a stellar super content. It is an issue that should be expanded.

Now, having films licenses implies a fortune, and that is wh Netflix produces its own movies or series like “House of cards”.

And in the cable business the customer does not want to pay for channels they do not see. The time to select contents and packages has arrived and that is the trend. “I do not pay for that which I do not consume.”

This balance is definitely revolutionizing the television business and jeopardizes primetime. The traditional and famous rating is dying, and that would have to be able to measure content in all slots that is consumed on all devices. Rather, impossible today.

Just as the minute to minute changed the TV, if it had a rating that measures content, also would affect in some way.

In conclusion, with this way of doing TV, prime time is anytime.

Juvenile audiences are pushing these changes because they connect with the tablet, videos and music on their phone, so that not only the TV but the entertainment business and the business of education is going through a real transition / By: Amanda Ospina.