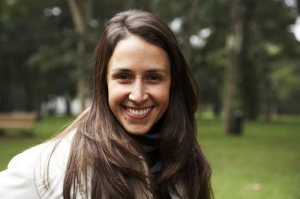 Scripps Networks International announced the hiring of Adriana Alcantara as director of digital production for Brazil. Under her charge, Alcantara will oversee digital strategy, content creation and development thereof, as well as production and creative strategy for Scripps networks in the region. Her job will report to Márcio Fonseca, the company’s general manager for Latin America.

“We are excited to have people of the caliber of Alcantara in our team. Her experience in the region gives a deep understanding of local tastes, which will be an important part of Scripps digital strategy and content production,” said Márcio Fonseca, general manager for Latin America at Scripps.

Meanwhile, Alcantara remarked: “It’s an exciting time to join Scripps and am delighted to have the opportunity to work with brands that will resonate with local audiences,” concluded the executive.

With 20 years of industry experience, Alcantara worked as a film director for Latin America and Iberia of iTunes in Apple. Prior to that, she was director of content, programming and production for Oi, a Telecommunications Company in Brazil. Similarly, worked with Globosat, Viacom Networks, Disney Channel in Brazil and NBC in New York.