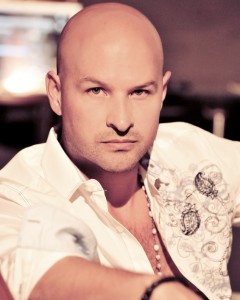 Mexican Actor and Director, studied at the Centro de Educacion Artistica de Televisa (CEA). With more than 25 years in the business, he has been a part of different theatre companies and has worked in some of the most important Spanish TV networks in USA and Mexico, such as Televisa, Telemundo and Univision. Currently in Venevision, he is part of the Direction team and has been Artistic Director of important productions such as Sacrificio de Mujer, Eva Luna, Corazon Apasionado, El Talisman and Rosario. He is now working on Univision’s latest project. He served as Artistic Director for the webnovela “No me Hallo” for Univision in Los Angeles. He also served as actor, acting coach and Director for Telemundo’s Mas Sabe el Diablo, El Rostro de Analia, Pecados Ajenos and Dame Chocolate.

In Mexico he worked for Televisa for more than 10 years, where he distinguished himself as actor, director, host and theater and television acting professor at the Centro de Educacion Artistica de Televisa (CEA). Also in Televisa, he was a part of different productions such as Heridas de Amor, Corazones al Limite, Amor Real, Salome, Casos de la Vida Real among others. He has also done short films and movies, has been a lecturer and has taught several acting workshops in Miami and Mexico, helping prepare a new generation of actors for the wonderful world of media and the arts.