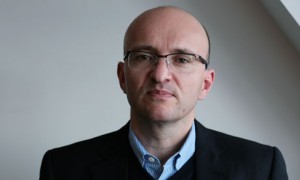 With an investment near to 30 million Euros (U.S. $ 40.4 million), Endemol Beyond, a new global enterprise built on existing digital video operations in multiple markets, announces the launch of a Premium channels network, both local and international online through platforms such as YouTube, Yahoo, AOL, MSN and Dailymotion among others. The investment in the new venture will invest in original productions that include: comedy, entertainment, fashion, animations and movies. Furthermore, it will integrate content acquired to third parties previously selected to enrich the offer.

“We know that Endemol Beyond will accelerate the growth of our digital video business worldwide, creating a global premium channels area online, focusing on gender with a significant proportion across key platforms. It will not only add a greater dimension to Endemol as a creator of content, it will also allow us to capture directly to a new fan base for our entertainment brands,” said Luke Church, President of the commercial Board of Directors of Endemol Group

According to Tim Hincks, Endemol Group President, stressed: “Endemol Group is more than a television company, we are creators of global content across all platforms, and we want to invest more in our creativity and IP to continue innovating. This expansion of our ambition to online digital video is one of the most exciting adventures that Endemol has undertaken and we have the international network, talent and imagination to achieve it,” concluded the executive.

It should be noted that the operation will be led by Georg Ramme, who will serve as executive director of Endemol Beyond International, reporting to Lucas Church, President of the commercial Board of Directors of Endemol Group.