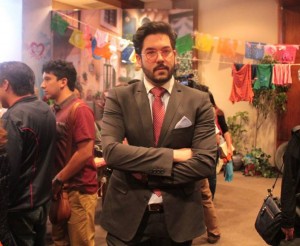 Four years after the first season, Televisa filed the second installment of 20 episodes of the hit series Maria de Todos Los Angeles,produced by Pedro Ortiz de Pinedo, original idea of Mara Escalante. TVMAS spoke with the producer on the challenge to give continuity to the popular series, as well as the importance of consolidating comedy in Mexico again.

“It’s a real challenge to take control of a series that was so well sheltered by the public and currently still being seen with enormous success across different platforms. What we did was putting together a team to reinforce the spaces, the atmosphere and the idea of ​​Mara Escalante, because in the end is her creation which is well-established with well-marked characters that reflect the current popular people in Mexico without falling into being offensive or cartoonist,” said Ortiz de Pinedo.

He also created the hit series La CQ and highlights to TVMAS the importance of continuing betting on comedy again, as he assures, with these productions it establishes that there are quality contents. “In Mexico a comedy bar is needed like that which until recently Televisa had, empty content saturation deteriorated the genre, but such productions as Maria de todos los Angeles and La CQ, proves that you can make family contents and for teens without being vulgar. Hopefully more comedy can come for TV, personally I am still focused on producing more content in this genre, the company has several of my projects on its desk, just the endorsement is needed to initiate them” concluded Ortiz Pinedo.

Mara Escalante, who plays the character of Maria and the popular Doña Lucha, heads the cast alongside actors: Ariel Miramontes, Aurora Rosa Alma Cero, Beng Zeng and Marano Montserrat, among others.