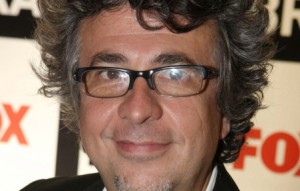 In this framework, FOX Telecolombia already shoots in the Colombian capital the first series that will air in prime time during the second half of 2014, both the signal MundoFox, the new pay TV channel with entertainment created 100% in Spanish for Latin America, as well as through the Canal Regional Teleantioquia.

“This fiction has not only has the fortune to have a cast that brings together top talent from Latin America, but is also the project chosen by the MinTIC to carry out its program of knowledge transfer, where an international company leader like FOX works closely with a regional channel in this case Teleantioquia” said Jorge Stamadianos, senior vice president of development for FOX International Channels Latin America.

For his part, Deputy Minister of MinTIC Diana Carolina Hoyos Turbay and channel manager, Clara Marcela Mejia Munera, agreed that “such initiatives contribute to the development of the local production industry while strengthening quality TV content that transcends borders,” ended.

It consists of thirteen one-hour episodes, production is starring Colombian Manolo Cardona and Mexican Ana Claudia Talancón, the story centers on a criminal played by Cardona, who has committed hundreds of crimes without being caught and now is in prison for a murder he did not commit and will engage in a special relationship with a prosecutor (Talancón), who presumes he is innocent and will propose to be her consultant and each case he helps solve, she will oblige to pardon one year of his sentence.