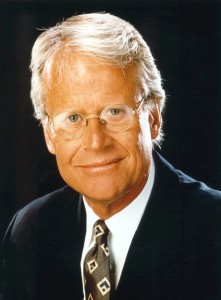 In a conference call with the most important media industry, NATPE president and CEO, Rod Perth confirmed a significant assistance to NATPE in Miami, from January 27th to the 29th again at the Fontainebleau Resort and Convention Center in Miami Beach. “More international buyers, digital presence and new partnerships.”

He stressed that there will be 225 exhibitors from 23 countries, of which 34 will attend for the first time. All of the Hollywood studios will have greater presence and a number of exhibitors from the UK, France, Spain and Germany. ‘The Versailles Tower is fully sold, while reservations in the Tressor Tower floor are outpacing last year,’ said Perth.

He also emphasized that 44% of buyers are international, representing 46 countries and the rest of the domestic market (there will be 28 large groups of stations, 100% more than in 2013).

“Within that 44% there will be a preponderance of Latin America, but also a strong European support and the presence of Asian and the Middle East,” he said.

About the digital business said “we want to be protagonists of the (fast) changes occurring in this industry, and that the market will be a link between linear and digital business. We are looking for a common language that serves both worlds,” underlined Perth.

It is at the conferences where you will clearly see that strategy. In 2013, 41% of the panels had concerns about the digital area, and this year will be exactly half. Among others, will be Andy Donkin, Head of Worldwide Brand and Mass Marketing Amazon.com; Bryan Thoensen, director and head of Brand Content from Hulu; Sima Sistani, director of Yahoo! Mobile Growth; and Anthony Wood, founder and CEO of Roku.

“An important part of our goals is to create the propitious climate for business development between buyers and sellers. What we can assure both groups is that those attending NATPE Miami will have a return on investment,” completed the executive.