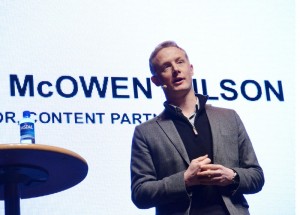 The world’s largest digital platform is heading as a founding member of the first edition of MIP Digital Fronts, announced Reed Midem, organizer of the 51st MIPTV to be inaugurated from April 7 to 10 in Cannes, France. The initiative will be opened within the MIPTV 2014 fair, where YouTube will provide a showcase of its channels and contents.

MIP Digital Fronts are the first international screenings to present and negotiate video contents online and web series before an audience represented by international buyers from different companies, focused on the TV and entertainment industry.

“MIPTV offers a huge international platform to reach the entertainment community worldwide and are proud to be one of the founding members of the new MIP Digital Fronts. The new initiative will provide a global platform for the creators of YouTube, digital studios and traditional TV as well as movie studios to promote its talent and programming of online videos,” said Ben McOwen Wilson, director of YouTube EMEA.

Significantly, The MIP Digital Fronts will be held on Wednesday, April 9, 2014 at the Palais des Festivals.