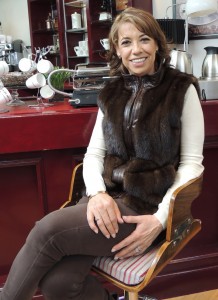 The production Como dice el dicho, one of the most successful unitaries of Televisa, moved to the town of Zacatlán de las Manzanas in the State of Puebla, Mexico, to record the first episodes of the 4th season premiering in this January in Canal de las Estrellas, Tuesdays and Thursdays at 5pm. TVMAS spoke with the producer of this broadcast, about the challenges of keeping the public taste in this type of production.

“We got to the fourth year of broadcasts thanks to the trust of the audience. It’s a real challenge to stay in the Canal de las Estrellas, especially to take care of the quality and not be repetitive with the libretti by the type of program it is. We have made 210 chapters in three seasons, is an odyssey to maintain an attractive production for the viewer. We have 8 writers led by Victoria Zarattini and Jose Antonio Olvera, their source of inspiration are the same popular sayings that give ideas for each episode,” said Genoveva Martínez, producer.

Como dice el dicho has established itself as one of the most watched television channels in the evening hour’s programs, marking nearly 18 rating points, even over several telenovelas. Martinez stressed that the success of the unitaries and its stability programs on TV, is justified by the changing lifestyle of the audience, offering multi-platform and immediate consumption of content.

“It’s the pace of life today, a few years ago people spent their free time to soap operas, women were housewives. Now the demands of modern life makes it difficult to follow a program for 100 days or more, women are housewives and work, and cannot follow up on a story of more than 100 chapters, that has made unitary programs that will tell a story in an hour to be successful,” she concluded.

Noteworthy is that this is the first time that they record in a location outside of Mexico City, waiting is a window to show more parts of the country. This fourth season will consist of 70 one-hour episodes.