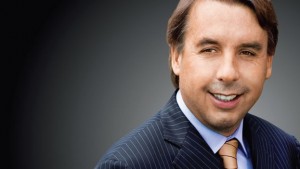 Emilio Azcarraga Jean, President of Grupo Televisa, presented its annual activity report 2013, which highlighted the increase in sales over last year in Mexico City. In his New Year message, reaffirmed that the Mexican audience is favoring them, also thanked his workforce composed of about 10 thousand people.

“We work in all areas for the audiences; fortunately they choose us every day in different companies. We don’t never forget that in the end, in every one of the companies in the production side of telecommunications, magazines or subsidiaries we are always trying to serve the public, offering quality in each of the productions we do and the services we provide,” said Emilio Azcarraga Jean, Chairman of Grupo Televisa.

The most recent report, covering the period between July and September, highlights that Televisa had sales of 18 thousand 763 million pesos , more than in the same quarter of 2012, a period in which we raised just under 17 thousand 400 million Mexican pesos.

As for content distribution, profits grew 5 percent due to an increase in the distribution of these across digital platforms and Home Entertainment division.

While the sales report other subsidiaries, spew out that Sky, the satellite TV system, grossed 100 thousand 4000 million Mexican pesos marking a growth of 10 percent compared to the same quarter in 2012. Also, the cable TV division grew by 12 percent, supported by Cablevision systems.

For its part, the Spanish-language network Univision, utilities yielded over 200 million Mexican pesos.