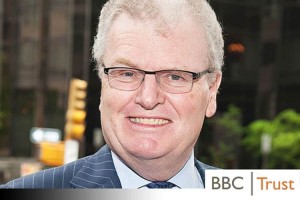 The BBC and the BBC Trust launched a major administrative restructuring culminated in the incorporation of the former Chairman and CEO of Sony, Sir Howard Stringer, to its executive board as non-executive director from this past January 1.

And the BBC announced a series of changes in the working relationship between the BBC Trust and the Executive to establish a greater separation and delineation of responsibilities between the two. As part of the plans shall take effect on April 1, 2014, will remove 60% ​​of the pan-BBC corporate boards.

“People not only expect the BBC to produce great programs, but they want to execute them well. Though much has gone well in the past, in the last 15 months have seen a series of major failures. As a result, we have agreed some very noticeable changes to how the relationship between Trust and the Executive work, so that will be more accountability on who does what. This means that the BBC can go ahead and focus on the Trust can hold the Executive to account on behalf their subscribers,” said Chairman of the BBC Trust, Lord Patten.