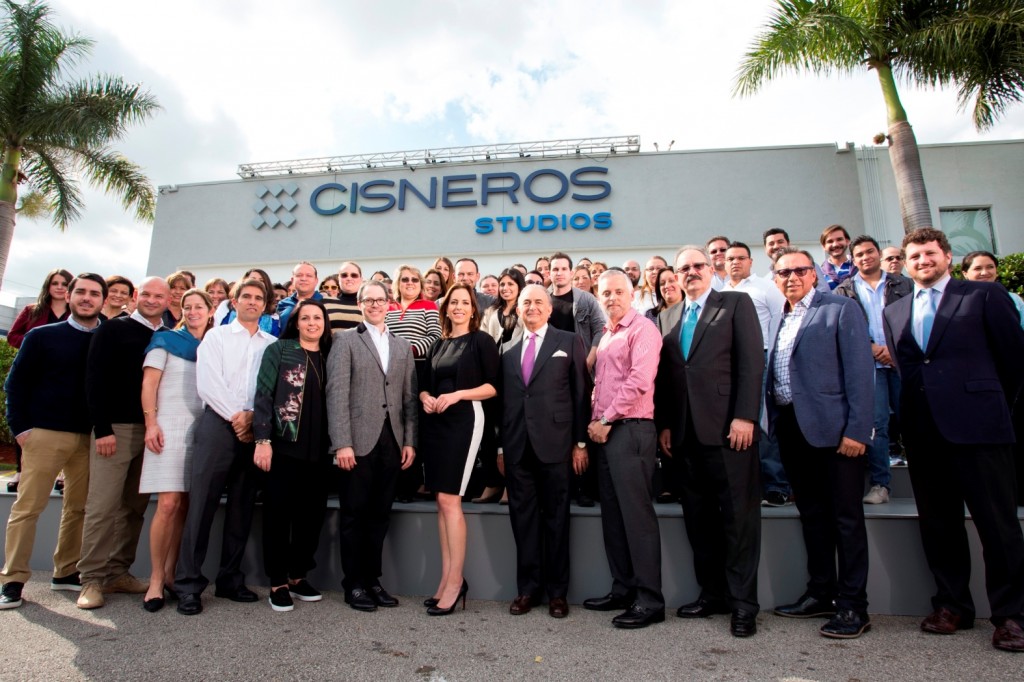 Cisneros Media, corporate division that brings together media and entertainment companies in the Cisneros Group, renamed and announced the expansion of its modern production facilities in Miami. Cisneros Studios recently reincarnated attended by Gustavo Cisneros and Adriana Cisneros, Chairman and CEO of the Cisneros Organization respectively. Executives and employees of the company, including Miguel Dvorak, COO; Jonathan Blum, President of Cisneros Media; and Juan Carlos Sosa, Executive Vice President of Operations Cisneros Studios gathered for this event. “The renaming of Venevision Production Cisneros Studios marks the evolution of the business strategy of the company to become one of the most comprehensive independent centers of production in South Florida. We are committed to making Cisneros Studios in a creative center for the advancement and production of entertainment content, beyond the market, audience language or platform”. Emphasized Blum. For his part, Juan Carlos Sosa, said “we made a multimillion investment to transform Cisneros Studios in a separate full service installation with over 120,000 square feet and able to make big productions, in addition to our everyday operations to produce some of the most relevant content in the industry for the Hispanic market in the U.S. and abroad, from acclaimed telenovelas, television series to entertainment and talk shows.” Since its inception in 2004 in Miami, today Cisneros Studios produces more than 1,000 hours of entertainment content that is distributed worldwide to over 100 countries and 20 languages by Venevision International.