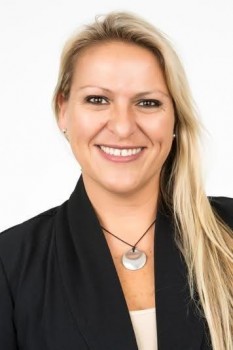 Viacom International Media Networks (VIMN) said that Larissa Zagustin is now Senior Vice President and General Counsel of brands and businesses of the company for Latin America (including Brazil), Canada and the U.S. Hispanic market (Tr3s). Based in Miami, Zagustin will report to EVP & COO Scot McBride VIMN the Americas and Roger James, Legal Adviser to VIMN. She is responsible for the procurement process, media distribution, financial transactions, licensing of intellectual property, publicity, sponsorship, commercial and regulatory issues of global anchors brands: MTV, Nickelodeon, Comedy Central and Paramount Channel in Latin America and Tr3s in the U.S. Additionally, she will lead the teams of business and legal issues in the region. “Larissa has proven to be excellent in a complex and broad scope of responsibilities, from procurement processes, to strategic partnerships,” McBride said. She comes to perform in Viacom International, overseeing business and legal issues of global multi-territorial and strategic agreements in Asia, Australia, Europe, North and South America. In this role, expanded her international experience in various legal systems, regulations, cultures, local practices and legal compliance. Her most notable achievements include the negotiation of several billionaire joint ventures with international companies, distribution agreements with affiliates as Sky (Italy) and global agreements with major digital players like Apple and Amazon. Zagustin returns to The Americas division after joining VIMN in 2003 as a business consultant for MTV Networks Latin America, responsible for overseeing the business and legal affairs for MTV, VH1 and Nickelodeon in Latin America. She has a JD from Nova Southeastern University, ShepardBroadLaw Center and graduated in law from the Central University of Venezuela. Currently a lawyer certified in the United States, Venezuela and the United Kingdom.