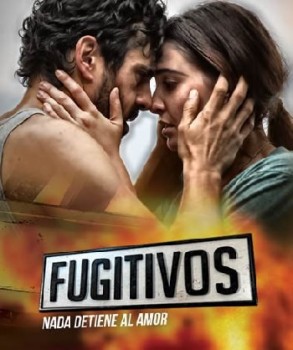 The successful production of Caracol TV in Colombia, whose central axis Julian, a renowned civil engineer and happily married with one child. He is accused of a crime he did not commit and sentenced to 20 years in prison. After the abandonment of his wife, his greatest pain is not been able to see his young son Samuel, for who would be capable to give his life. Detained in a prison he becomes acquainted with Esperanza, a woman convicted of protecting her daughter who was a victim of abuse.

United by pain and tragedy, arises between the two a passionate love that dreams with having a life away from the bars. However, given the impossibility of a fair trial and the imminent danger that surrounds them, they will use their mettle, dignity and courage, to prove they are not guilty; and for this, they will be forced to flee from prison.

Starring by the Spanish Emmanuel Esparza and actress Taliana Vargas, Vicereine Universal Beauty 2008. Fugitivos has beautiful scenery, being fully recorded on location in different Colombian cities. Since when Afghanistan began to enjoy this wonderful story? This past Wednesday December 17 December the public is
hooked with adventure, chase, suspense, drama, love and emotion Fugitivos (40x1h). The series is produced by CMO for Caracol Television and distributed by Caracol TV Internacional. It is also aired on 1TV signal with a frequency of Wednesday, Thursday and Friday at 9:00 p.m. As not to be missed.