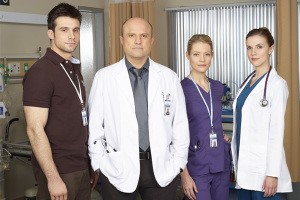 Axel Böhm, Senior Vice President Sales Europe of Red Arrow International, says “The medical dramas have always had great appeal, and I am delighted that ‘Remedy’ continued its success internationally.”
“Remedy” is a drama that observes the life of a hospital through the eyes of charismatic Griffin Conner and his eccentric family of successful medical professionals: his surgeon sister, another nurse sister and his father an infectious disease specialist.
This is the reason why Red Arrow International sold “Remedy” in numerous territories around the world: the medical drama was acquired by Maxdome SVOD platforms in Germany and Yes in Israel, as well as Startimes for French speaking Africa. Earlier this year, the show was sold to M6 in France.
In each medical crisis, it is expected that doctors and nurses act heroically, but the series
will access the behind the scenes of their work and their homes, where there are other heroes who rarely are recognized. Going beyond the emergency room, each episode is driven by a challenging medical case that generates medical crisis, especially when the family is involved.