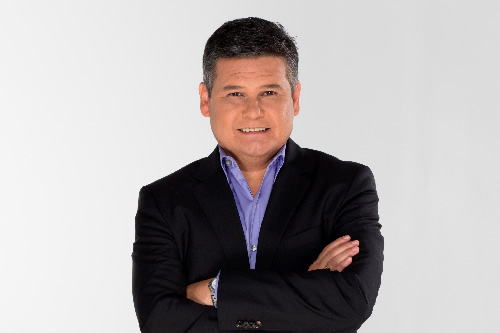 Cisneros Media, announced the promotion of Cosme Lopez to the position of Senior Vicepresident and General Manager of Channels and Pay TV services. And it is no wonder. Cosme has done a valuable job directing the operations and Distribution of linear channels, associations and pay-TV in Latin America. Marcello Coltro, Executive Vicepresident of Content Distribution of Cisneros Media, said he is “desirous to work with Cosme with his ability to optimize company resources by identifying opportunities for strategic business development to maximize the potential of high-quality contents of Cisneros Media across traditional and emerging platforms for distribution to offer fascinating visual entertainment experiences around the world.”

He will report to Marcello Coltro and among his new executive global functions, will be overseeing the multiplatform business of pay-TV of the company, in addition to managing the OTT channel of televovelas, Romanza+Africa, a partnership with Azteca and XP Africa, to mention some of his responsibilities.

Lopez joined the Cisneros Group in 2000 as General Manager of Venevision Continental, a cable channel that he converted into a business unit, developing and establishing successful services and pay TV channels for the enterprise with an expansion in Latin America and the Caribbean.

Cosme Lopez is credited with the development of the cable unit to establish a solid infrastructure that facilitated the penetration of new markets and territories, as well as facilitating their progression to digital formats and move into multiplatform distribution. He launched Venevision Plus in Venezuela in December 2007, and in just four months, became the No. 1 TV channel payment in the territory, obtaining 30% of the market share of advertising sales in just its second year of operations.

He implemented strategic alliances throughout the region, launched additional channels in the Dominican Republic, Colombia and pan-regional level. In 2010, Venevision Plus Dominicana (VePlusTV) made its debut taking it to the leadership among women over 25 years; in 2012, VmasTV was launched in Colombia and immediately became one of the most-watched channels among the same demographic of adult women.

This prominent executive began his career in 1993 with the Cisneros organization and worked for HBO Latin America as Operations Manager of Production and Postproduction in Caracas, Venezuela.