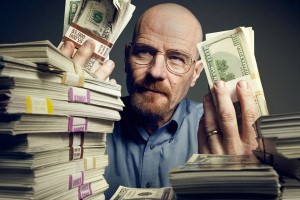 According to research from Strategy Analytics, total revenues over-the-top (OTT) in Europe increased 51% in 2013, reaching US $ 3.2 billion. From the user’s perspective, the market for online video in Europe is coming to maturity, but since consumption and monetization, OTT in Europe would be just starting.
The study “2014 European OTT Video Market Forecast” estimated that the market grew by another 43% in 2014 primarily within the SVOD and business models based video advertising, lifting the market above the $ 9.45 billion at the end of 2018.
The waters warmed by Netflix, made the SVOD revenue grow 133% during 2013, a figure that has doubled in late 2014. The average spending per user OTT broadband in Western Europe is about four times that of Central and Eastern Europe.
“Consumers will pass from property to the media content consumption of lower cost. As service providers continue to offer attractive OTT video catalogs at a reasonable price, accessibility and availability will exceed the property. The success or failure of OTT video services rely heavily on the quality of the library content. Expansion of broadband, proliferation of connected devices, and easy access to extensive video catalogs online has proven to be a powerful combination to drive adoption of OTT video,” pointed Leika Kawasaki, digital media analyst.