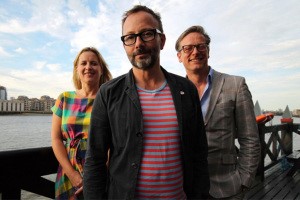 The all3Media International distributor continues its success in different countries. Its factual show “The Great Interior Design Challenge” was renewed for Denmark and the second season acquired in Sweden. In the show, amateur designers compete to transform the homes of members of the public with a predetermined budget.

The newly merged Strix/Gong confirmed that 2015 will go into production for a second season commissioned by SBS Discovery again in Denmark. This latest agreement comes after the recent daily broadcast of the first 32 episodes of the series. Meanwhile, Viasat Broadcasting in Sweden acquired the second season of the original British version to broadcast next year. Produced by Studio Lambert, season 2 (16 x 1 hour) recently aired on BBC Two in England.

“We were immediately convinced that ‘The Great Interior Design Challenge’ would work well for us in Denmark, so we’re happy to see a strong format like this get into a second season with SBS Discovery” said Niels Lindberg, Acquisitions Manager.

Nick Smith, SVP International Format Production, added: “We are delighted that this format will do as well and has had an immediate re-commission in Denmark, as it did in England, where it has achieved strong ratings for its second BBC season. The show has a simple and strong premise, making it successful for local productions of the format.”

Recently an adaptation was made in France. The first season (12 × 60’) of the original version of Studio Lambert was also acquired by Viasat for Norway, The Living Channel for New Zealand and BBC Global for its feed in Africa. Furthermore, Foxtel Australia acquired both seasons.

The documentary offers an unusually honest insight into the business of prostitution, as well as an attack -sometimes funny- to the hypocrisy around the matter. While prostitutes are usually seen as victims of exploitation or immoral individuals “Love for Sale with Rupert Everett” goes behind the stereotypes and delves into the truth of sex workers and their clients.

The documentary was produced by Swan Films for Channel 4 in England. The latest award received is the second consecutive Grierson for the producer, who won the same award for “All in the Best Possible Taste with Grayson Perry” last year.