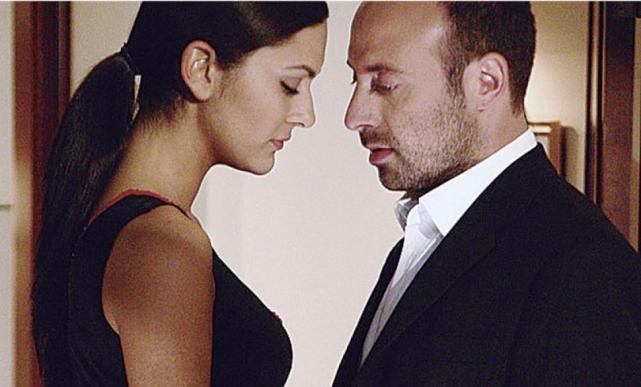 If Telefe announced the premiere of Rastros de Mentiras (Trails of Lies) from January 5 at 23:00 hours, El canal Trece confirmed that on the same day, from 22:45 hours, would begin its broadcasts of the Turkish series Las Mil y Una Noches. (The Thousand and One Nights.)

El Trece’s bid to conquer the late prime time with the series that reached a record of 31 rating points in Mega (Chile) and became one of the successes of the past year in the Andean country, even surpassing other local productions and blazing a new trail for the Turkish content.

Telefe instead bet with a Brazilian telenovela that achieved an average rating of 36 points and 61% share in the Globo prime time, becoming one of the success stories of recent times, both locally and internationally. And is that after placing a Brazilian story in its prime time last year – Avenida Brasil, averaging 21.9 points and whose final episode had 28.4 peaks, the company wants to achieve the same or greater success.

The key insight is that it is the first time that both Open television signals compete in this time slot with two foreign stories with proven success in other Latin American countries. We will have to see which one conquers the audience.

Las Mil y Una Noches starring Halit Ergenç, Bergüzar Korel, Tardu Flordun and Ceyda Duvenci broke ratings records in the prime time of Mega channel in Chile. TVMAS in its September-October edition (page 20) gave an overview of this series that tells the story of an architect, Scheherazade, who faces her son’s leukemia disease, and decides to go to her boss at the construction company, where she only has been working for three months.

Onur Askal, a successful businessman who does not trust women and whose favorite book is Las Mil y Una noches, agrees to help with the condition that she spends an evening with him.Finally, both end up falling in love.

Las Mil y Una Noches has been sold in more than 50 countries, among which are Brazil, Ecuador, Peru and Bolivia and other countries in Latin American countries.

In Turkey aired by Kanal D between 2006 and 2009 and was a resounding success. 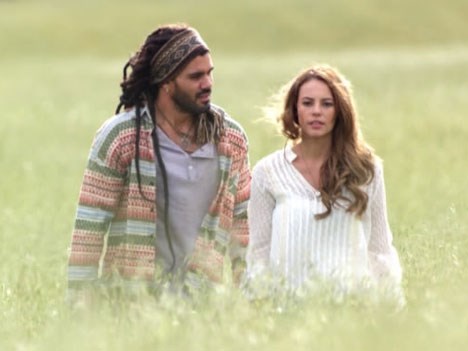 Rastros de Mentiras is a Globo original production and a success in Portugal ranking among the ten most watched programs of the country and Brazil, where the last chapter achieved 48 rating points and 75% market share (IBOPE) – and was announced for release in new territories.

In Eastern Europe, was sold to the Imedi TV channel of Georgia; in Latin America, will come to Telefe of Argentina, Ecuavisa of Ecuador, Canal 13 of Chile, Unitel in Bolivia, ATV in Peru, Telemetro of Panama and other stations in Nicaragua, Honduras, Guatemala and Dominican Republic; in Africa, can be seen in the Soico channel of Mozambique.

Created by Walcyr Carrasco (Gabriela, El Clavel y la Rosa), Rastros de Mentiras is a novel of tangles which also has comic characters. Set in the rich and bustling city of São Paulo, tells the story of Paloma (Paolla Oliveira, Insensato Corazon), a willful woman whose newborn baby is kidnapped by her own brother, Felix (Mateus Sola, Vivir la Vida), who plans to inherit alone the family fortune.

Bruno (Malvino Salvador, Fina Estampa) is an honest man that on the same night that loses his wife and child, miraculously finds Paloma’s baby abandoned in a dumpster. Destiny will seek to unite them in a weft of secrets, revelations and disputes, with unforeseeable consequences of lives built on a dangerous and surprising web of lies.