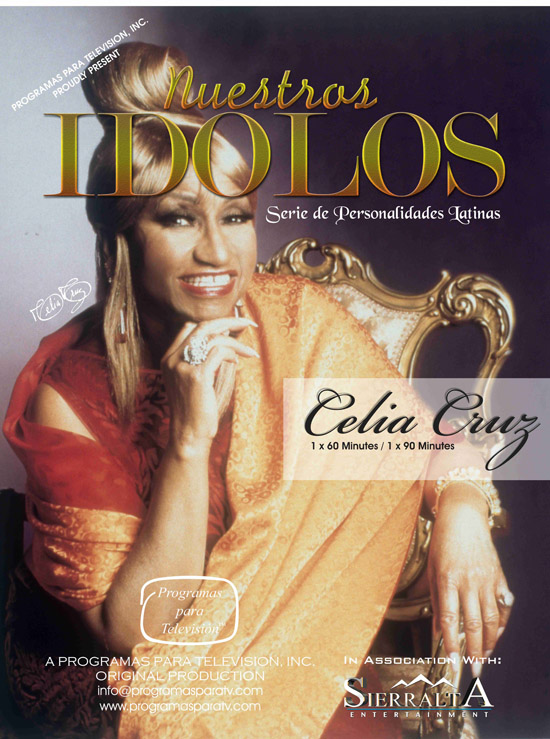 These recognized companies announced in the framework of NATPE which takes place this week in Miami, a strategic alliance for the production of the series NUESTROS IDOLOS.

Madeleine Lopez-Silvero of Programas para Television said: “This series is a tribute to the great Latin personalities of all time. Its first episode, CELIA CRUZ, will be broadcast shortly through the Telemundo screen in the United States.”

For his part, Miguel Sierralta, CEO of Sierralta Entertainment, said his satisfaction with this alliance and the production of the series: “Finally, after so many years of knowing us, we are producing a major project together.”

“Undoubtedly the alliance to carry out the production of this series had to be with Sierralta Entertainment,” concluded Jacqueline Lopez-Silvero of Programas para Television, Inc.

The rights of the series are available and for more information contact: info@programasparatv.com