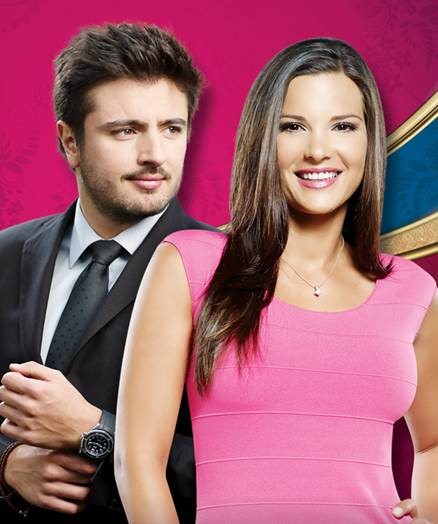 Since last Tuesday, January 27, Dulce Amor (214 x 1), a novela produced by Caracol Television and distributed by Caracol TV Internacional, in the Pasiones channel, with a frequency from Monday through Friday at 7:00 p.m.

The romantic story tells the life of Martin Guerrero, a lover of speed and racing who, in the absence of money and debt that does not wait, is forced to leave the circuit to sit behind the wheel as a driver of Natalia Toledo, an important executive. The list of demands of this woman and Martin’s bad habit of constantly breaking the rules, en up bringing  closer this couple, who despite their differences, they discover that they are a perfect couple.

In addition to the relationship between Natalia and Martin, this production shows how love can unite three sisters of high social level, with three men living in a popular neighborhood in which they will find happiness.