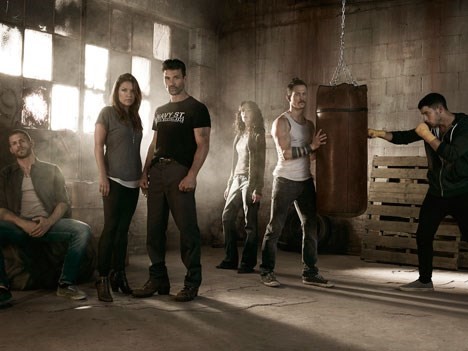 DirecTV recently confirmed the release of Kingdom in Latin America, in an attempt of the original production of the pay TV operator, available through the platform OnDIRECTV  from February 16 at 19:00 hours.

The first attempt was when they co-produced the miniseries “Gabriel” starring Chayanne in HD directed to Spanish-speaking audiences that aired on Mega TV and produced by MEGAFILMS and DirecTV. The series was a total failure beyond the miniseries which featured a first class cast and a good script but the story was told very wrong in the middle of a dance of dollars that were not reflected in the production or acceptance of the Hispanic audience in the United States and less in Latin America as they tried to sell it. Just ask David Nuñez who with great effort and professionalism came out selling it.

“With Kingdom for the first time we premiered an original series on DirecTV in Latin America, which adds to the region’s own productions that are part of our offer and we will continue reinforcing this 2015 with more launches” said Willard Tressel, GM of OnDIRECTV and OnDIRECTV HD.

This February 16 debuts on the same day the first chapter which will be available with free access, including for those who do not subscribe to DirecTV, and through DirecTV Free Play for 24 hours. From the second chapter the series may be be seen on the digital platform only for subscribers of the pay TV operator.

The series has already confirmed a second season and is being distributed internationally by Endemol Worldwide Distribution. In the United States the series was transmitted through Audience Network.