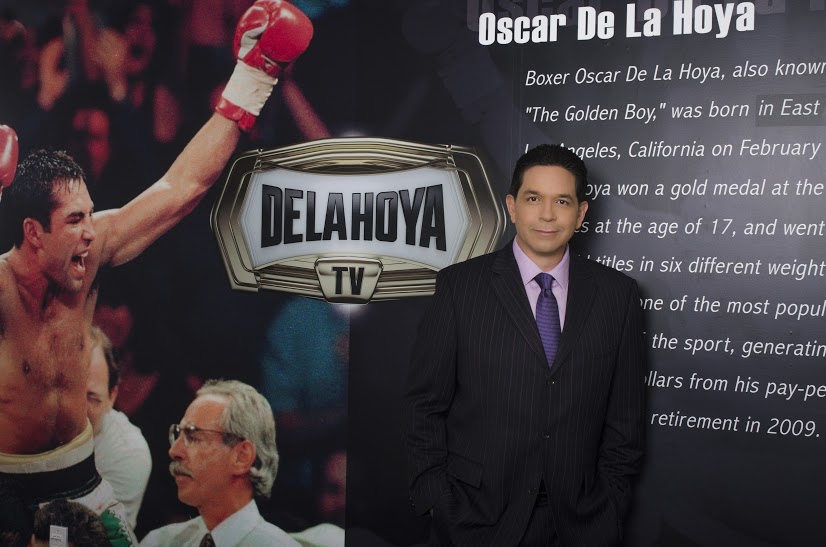 “We are committed to the television industry in this country and then extend this commitment to the global market.”

The renowned and successful business entrepreneur of cable television and audiovisual content throughout Latin America, Victor Hugo Montero, now brings a pioneering and innovative project to the US market.

After revolutionizing the industry in a little less than a decade, when he created Sun Channel throughout Latin America, channel which continues with success, then the impetus given to relaunch FashionTV   for the Latin American channel that reaches millions of users worldwide, now comes with DE LA HOYA TV.

The television business expert invited to this project, 10-time world boxing champion Oscar de la Hoya and prominent Mexican businessman José Alberto Gómez, to bring to the United States a programming offer with the ambition to meet the demands of the US Hispanic market and transcend the American general public market.

“This partnership of three very attractive and very strong niches such as boxing, tourism and lifestyles will reach over 30 million consumers who speak Spanish in this powerful country with a new offer that will include original production,” he told TVMASmagazine.

To fulfill this promise, the channel already has in place a gifted-art studio in Miami through a heavy investment to compete with products of the highest quality.

“This is a historic moment for making contributions to this great country where the Latino production takes increasing value, thanks to brave heroes and celebrities who have made and are making history in this country. Oscar de la Hoya is a renowned boxer ten times world champion in 6 categories, U.S.A. Olympic medalist and today becomes a global brand. Therefore, this channel is part of this process, with a committed vision as I did when I founded Sun Channel, based on the prosperity of countries around the world with one of the legs of the economy of any country,” Montero said.

The entrepreneur has a successful track after corroborating that he is a true visionary when he signed a strategic alliance with one of the most powerful economic groups in Latin America, with partners such as the Clarin Group of Argentina for the digitization of the Fashion TV channel.

With such experience to find ways of monetization based on tourism and entertainment, DE LA HOYA TV is already a reality in the United States under the distribution channel of experts that will be available next April.