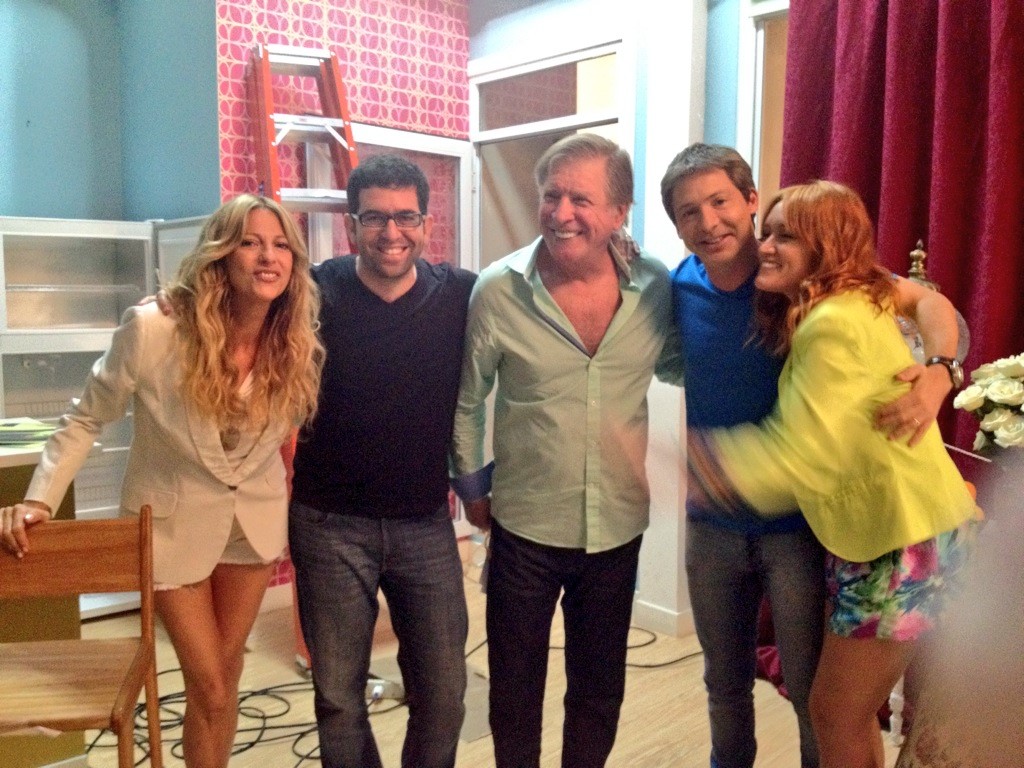 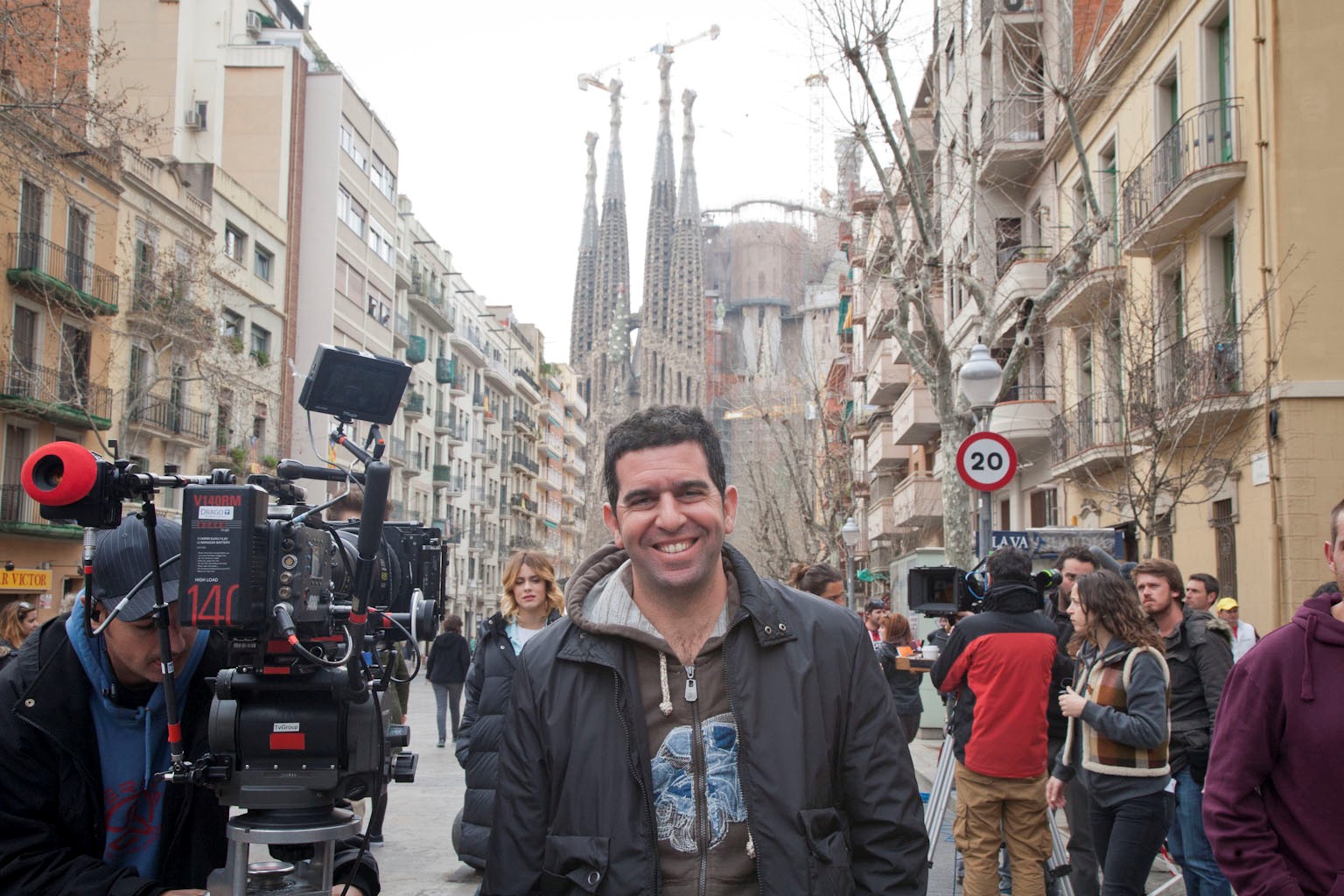 “The series are in fury in Latin America but the telenovelas, featuring conflicts from different approaches and styles, remain the queens of consumers,” so highlights this successful director and film producer who says the main challenge in 2014 was to prepare two international shootings of Violetta, while preparing and then filming in Argentina.

“In pre-production of the filming of Buenos Aires in March of last year, we simultaneously prepared the filming of Barcelona and then on the set, we pre-produced at the time the recording sessions in Sevilla. It was a challenge because the pre-production schemes and recording are completely different in both countries. Meanwhile we  worked on the scripts and with the cast of the third season, in scenes from Argentina as in Spain. In the case of Seville, the entire scheme was repeated while we were in the middle stage of shooting, so we had to have the disposition and adaptability capacity to 100% to evaluate from the local reality and in a frenzy, the needs and ways of filming of Spain. A real challenge” thus responds to TVMAS Martin Saban.

How is state of the TV and cinema business in Argentina? Let’s talk about the most profound changes.

In Argentina there are new languages in the audiovisual context. From the conception of ideas until post-production, through the shooting stage. We see new players who are contributing looks and techniques that renew and give prestige to the local market, projecting it toward the globe.

How will the new law affect the industry?

Changes generate expectations and fears, and those produced by the new audiovisual law, I believe that no one can know for sure. It is expected in principle, new poles of production and some decentralization of the market, although this requires transparency and equity. If this is given, we will have a very interesting scenario.

What type of stories are those taking the upswing and why?

The public is turned to the series world. The level of investment in production has grown and emerge narratives with interesting and complex structures than appeared ten years ago. Today we have a la carte Game of Thrones, Lost or Boardwalk Empire; actor series like The Office, Curb your Enthusiasm or In Treatment; complex and fascinating structures as the French Les Revenans or series of a delicious balance between the authors, cast and directors, as Breaking Bad or jewels as Epitafios. But also the Latin American public continues to enjoy with intact fidelity, the telenovelas segment, that are always looking for passion conflicts from different approaches and styles.

What do you think of the return of cans to Argentina TV and the decline in its own or local production?

Argentina in the last two decades produces good content. For this reason, cans or sale of librettos or formats will be always representing Argentina at fairs in different markets. On foreign cans this is a time of increased consumption bringing products of a high technical billing, high artistic value, with a style and universal language. An example of this is the high level of acceptance of Violetta in the Western world.

What are the works in the last two years in which you have participated and the companies?

I direct different TV fictional formats since 2002, when I traveled to Chile to record the local version of Son Amores. Directed the Spanish version of the same format adapting locations, automobiles and road signs, to simulate the city of Madrid. Among the most successful programs in Argentina directed Padre Coraje, Hombres de Honor, Valientes, Sin código, Solamente Vos and Los Únicos.

In 2006 with TV Azteca in Mexico, I had the opportunity  to adapt seven productions. This experience was very enriching, to generate an interesting mix of narrative forms, treatment, tone of action, of working with the actor. All this within the needs of the Mexican market. For three years we produced novels with a satisfactory billing, so much for the producers and TV executives of Azteca, as for me in my challenges and professional objectives.

The last three years I focused on giving form since its genesis and direct integrally the international success of Violetta, learning the requirements of the young audience, but simultaneously interspersing programs for adult audiences, between each of its seasons.

How do you perceive the immediate future of this business?

People need to enjoy good stories, with strong production wagering, with high levels of artistic interpretation and permanent renewal in the audiovisual forms. The good programs will have large and loyal audiences, and will be technology  responsible for accounting viewers on the different platforms and provide reliable statistic to producers and advertisers.

Clearly the future will include large amounts of high-quality fiction, and that should be the aim of companies and directors.

What is your approach as a director?

“To constantly seek a balance between styles I want to be developing for each program and the needs of each customer and production. You cannot apply the same direction mode in a Mexican telenovela, as in one of Pol-Ka Producciones in Argentina or in an infantile-juvenile strip for Disney. If I can enjoy each program, obtaining the highest artistic quality within each context very diverse from each other; I think my work is well done.”