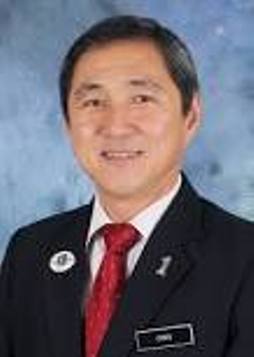 ASEAN will have a combined GDP of USD 3 trillion by 2017 with a consumer market of 650 million by 2020. Currently, 60% of the growing population is below 35 years of age while the ASEAN population is expected to achieve middle class status by 2030. Coupled with the trend that ASEAN has attracted more FDI (Foreign Direct Investment) than China, ASEAN forms an economic powerhouse and it is crucial for all member states to act in concert to maximize their potential.

Tourist arrivals in ASEAN have witnessed a tremendous growth from 65 million in 2009 to 98 million in 2013. The tangible benefits accruing from a mutually prosperous region and connected people are significant and game-changing.

“The countries of ASEAN offer a rich and diverse cultural heritage that we are proud to share.  With GOASEAN, we will provide the opportunity to all member states to do just that.  With our increasing regional economic integration, it is clear that ASEAN is a vibrant and growing area of opportunity. So from the shining lights of our modern cities to the awe-inspiring beauty of our forests, let GOASEAN be your guide to the region’s tourism treasures,” said Datuk Dr. Ong Hong Peng, Secretary General, Ministry of Tourism and Culture Malaysia during the announcement of the channel at ITB Berlin 2015.

The content on GOASEAN will focus on 10 clear segments of tourism namely Shopping, Sports and Music tourism, Festival & Food tourism and Health & Nature Tourism Business. In the increasingly digital world, viewers want more control over what, where and how they consume content. Moving forward, GOASEAN will aim to strategically integrate user preferences on aired content via our GOASEAN web portal and online polls. This provides an excellent opportunity for the audience to engage with what the channel is offering. In addition to the benefit of content users seek, GOASEAN will also have a fresh stream of creative and authentic travel content from the people of ASEAN to nurture an exciting new community of like minded travel enthusiasts around the region.

GOASEAN will broadcast 24/7, 365 days a year from various platforms, primarily IPTV, Mobile, DTH and digital platforms. With a further target of 4.8 billion viewers globally, and content provided to over 16 million hotel rooms, 45,000 airports, and 3.6 billion viewers through in-flight entertainment by the third year, GOASEAN is well-placed to support the growth agenda and aspirations of ASEAN.