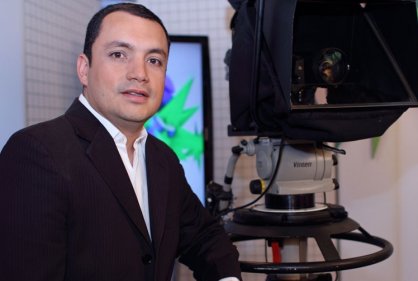 Canal Tr3ce reaches three nominations in the award given by Mexican magazine owned by Televisa TV y Novelas, gala that is announced for Saturday April 18 at the Fine Arts Theater in Bogota.

Thereby how the presenter and Colombian actor Mario Espitia and the  programs El ultimo del dia and El cuaderno are nominated for this award where talent, professionalism and creativity are recognized.

Once again nominated in the category of Favorite Variety Regional Program, El Cuaderno, is a program aimed at colleges and universities and led by pop singer Riva and the young Tato Ojeda. The program, which last year won the award, is celebrating ten years on the air. Its director, Doris Molina expressed: “It is a tribute to teamwork, that with effort and dedication is responsible of delivering an entertaining magazine and sociallly responsible to young people.”

On the other hand, El ultimo del dia, is also nominated in the same category, still a prominent space of interviews, major reports concerning entertainment celebrities and icons. It is led by the Barranquillero Mario Espitia, who skillfully manages animated confessions and revelations of his interviewees.

The station manager, Lennart Rodríguez, on the triple nomination maintained: “We are very grateful and pleased with the audience of Canal Tr3ce, the fact of having three nominations at the Awards is an honor and result of work done for the public who is who chooses us. We continue with more strength and commitment to delivering entertaining and educational content related to the audience and especially the young, our future.”

The public can participate by voting for their favorites on: