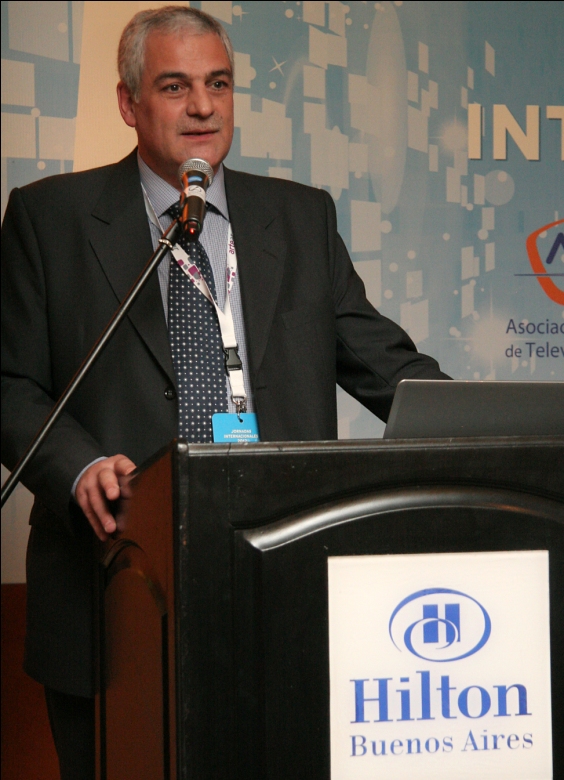 The Argentina Cable Television Association (ATVC) and the Chamber of Audiovisual Producers and Programmers signals (CAPPSA) which bring together the most outstanding companies in the industry, performed the ceremony to award stands for the 25th edition of Jornadas Internacionales.

Walter Burzaco, ATVC President thanked the participating companies on this first selection of spaces for their continued support to the realization of Jornadas. In a year when the industry will face many challenges, he relied on his strength and determination to move forward and provide their valuable service to society. This year we celebrate – emphasized Burzaco – 50 years of cable TV and 25 of the International Conference, and will do so with great enthusiasm.

At the same time, the President of CAPPSA, Sergio Veiga, welcomed and expressed appreciation for the participation of companies that attended the event and agreed that, although the year is tight by circumstances known to all, Jornadas will present one of its best versions precisely in its 25th anniversary, while highlighting CAPPSA’s 20th birthday, which represents the major producing and exhibiting companies present at the event.