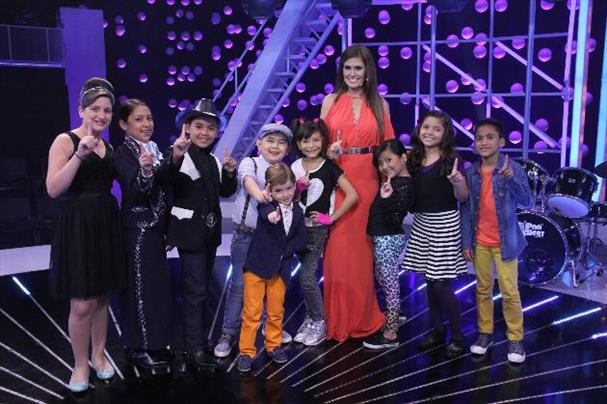 The premiere of El Numero Uno-Kids, the musical show created by Endemol in Spain reached during prime-time, 28.97 rating points on the TCS 2 screen in El Salvador, maintaining its weekly average.

Under the conduction of Colombian  Estefanía Uribe, who is also the face of the morning magazine Viva la Mañana, with strong impact on the audience, the musical talent show achieved a record premiere in the first season worldwide in its Kids version, as it already has with three seasons of this format in El Salvador.

Looking for new talent, the program, which widely surpassed the expectations of its station, introduces children aged 5 to 12 who demonstrate their musical ability. Thus, participants disclose their life stories and show why they dream of being singers.

Likewise, contestants must choose between a group of renowned artists as mentor for guidance and evaluation during the contest, work which will be complemented with weekly courses.

The program includes a weekly gala where the participants are judged by their mentors to address their weaknesses and develop their skills seeking to be consecrated as the number one most talented.