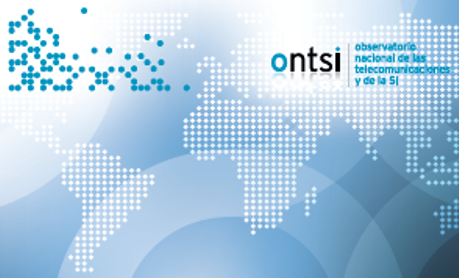 It is not uncommon that Governments seek to ingratiate themselves with the TV sector during the electoral period. In Spain, a little less than a year of having ordered the closure of nine DTT channels and completed moving the digital dividend, the Executive has decided to accelerate the contest of the five channels announced in July 2014.

Apparently, the Ministry of Industry is willing to approve the bid for new broadcasting licenses, although the deadline for bids would not open until after the May elections, but promised that successful tenderers would be known in September.

Like this will be decided the future of eight open channels, so that the big networks would regain offer, capacity and maneuver to cope with the growth of pay TV. Coinciding with the closure of nine open channels and the commitment to pay-TV of Telefonica, the number of subscribers to these platforms has soared 26% to 4.7 million, reaching unprecedented levels.

This added to that advertising investment in conditional access channels increased by 36.7% to 59 million, therefore, its growth is exponential. According to analysts, it is thanks to the low supply by open television, due to the closure of channels.

But a report by the National Observatory of Telecommunications (ONTSI) in the first quarter of 2014, the reason for not having pay-TV is because the free audiovisual offer is considered sufficient.

With these contradictions, 78% of households did not pay per view TV and of these, 79.4% did not do it because “it was enough with the free.” This study was performed before the offer was reduced from 28 open channels to the current 18.

This way, the recovery of channels by Mediaset and Atresmedia and the entry of a new operator will rise the offer by providing a variety of content without going to pay and get a high audience share to ensure current levels of advertising investment and increase them.

The dilema is in that to recover lost licenses seem to be the salvation, but that measure could come to nothing if the Supreme ordered the closure of other eight DTT channels for having been distributed without competition.

Many assume for lost the sentencing, that would leave Mediaset with two channels and Atresmedia with three. Therefore, they are negotiating with the Executive to change the law before the High Court ruling. An agreement is expected before summer.

If all five channels are allocated and held the eight who are in doubt, the Executive would have saved the current media map dominated by Mediaset and Atresmedia.

But if the audiovisual law does not change, delivery of five new channels slightly palliate the closure of eight, provided that does not enter any new operator and the distribution thereof is as follows: two for Atresmedia, two for Mediaset and one for 13TV.