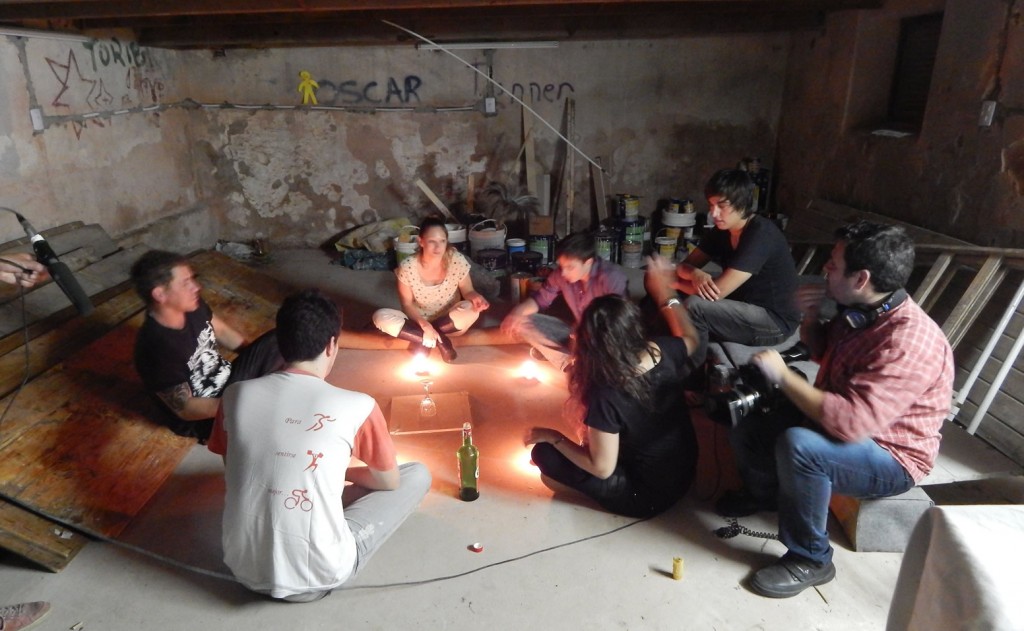 The film 2015 Foundation Con vecinos continue the tour across the country for the successful “Workshop of Cinema Con vecinos (With Neighbors)” which takes place in a single day. This time the experiment was performed in the city of Esperanza in Santa Fe, where dozens of neighbors and residents launched ideas in the morning, chose a story, were launched to lead it in the afternoon during intense shooting and-finally premiered at night a short fiction film in the cinema village.

Filmmakers Fabio Junco and Julio Midú (from the film Foundation Neighbors) coordinated the film and community activity along with Gerardo Boglioli and Damian Laplace (from the Management of Federal Action INCAA). Participants chose to tell a story suspense and terror through a fictional short film titled “No es un juego” (“It’s not a game.”) The chosen story chronicles the dramatic situation experienced by a group of youths after meeting one night to summon an alleged spirit. The scenes of the film were shot in a basement, a family home and numerous outdoor of Esperanza.

AN ALLIANCE TO REPLICATE EXPERIENCES IN WHOLE COUNTRY

The agreement signed between INCAA and Con vecinos film Foundation (Neighbors Film Foundation) has allowed the realization of almost 150 short films in the past six years, with the prominence of thousands of neighbors and residents of different regions of the country. The Short-films will be screened during the 12th National Film Festival Con vecinos (With Neighbors,) to be held at the Marconi Film Saladillo, next November.