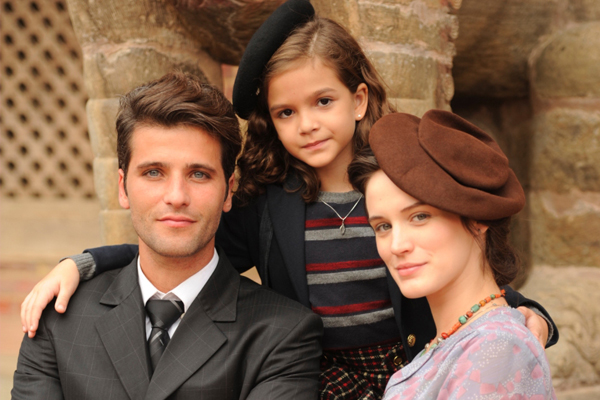 The recent premiere in Albania of the blockbuster preciosa Perla ( Precious Pearl) of Globo, one of the outstanding titles during NATPE in Europe, here in Prague, caused a stir in the audience of Albania.

The winning story of the International Emmy 2014 for Best Telenovela, is broadcast with subtitles in Albanian at 19:30 hours on the Top Channel, a company which is a traditional partner of Globo in Eastern Europe and has already licensed hits like Cobras & Lagartos, India – Una Historia de Amor, Paraíso Tropical and La Guerrera, among others.

Preciosa Perla plot develops during the 30 ‘and 40’ and portrays the love of the worker Amelia and of the millionaire Franz Hauser, and her young daughter Perla. The plot was recently premiered in the Omni Canal (Canada), focused on the Portuguese language community. In addition, the channels Telemundo (United States), Armenia Public TV (Armenia), TV5 (Mongolia), and the media group EPG (South Korea), among other channels also bet on the blockbuster.

In Brazil, obtained more than 26 million viewers a day, while in Portugal, also made a positive campaign in the channel Globo basic, and is ranked among the 5 most watched programs of the country’s cable TV. On Teledoce (Uruguay), in the first week of broadcast was the second program most-watched in the country in its time slot.