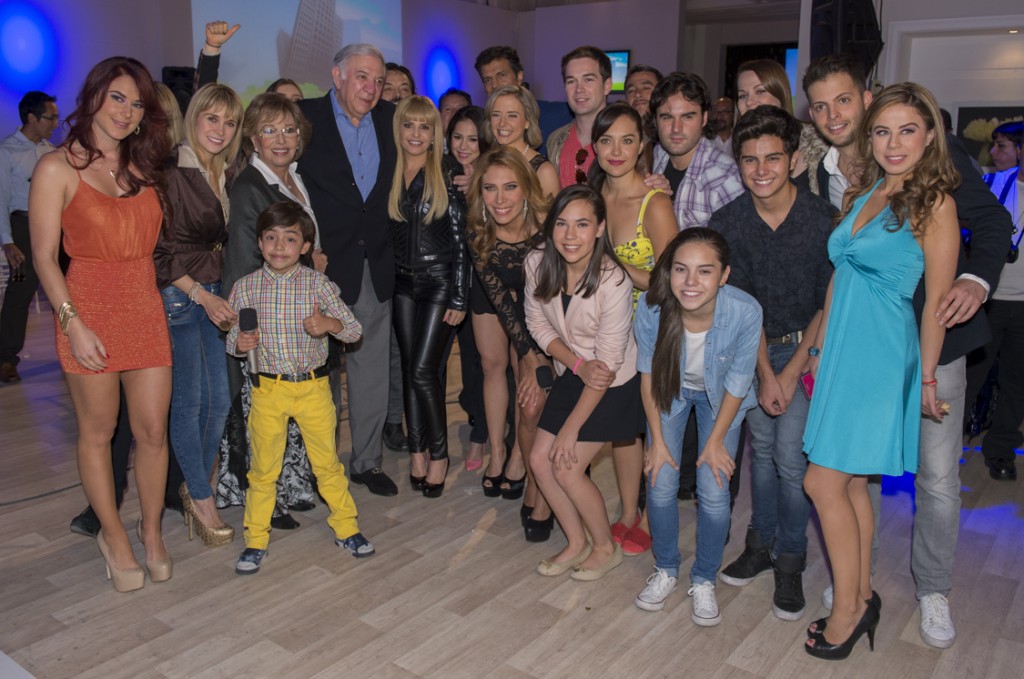 Last Friday, the web show Amores con Trampa, the first and only telenovela of Televisa transmitted by internet at the same time that passes in broadcast television was launched. To this end, met the cast of this story and producer Emilio Larrosa in forum 10 of Televisa San Angel in Mexico City.

The web show can be seen from any computer and/or mobile device on the official site: televisa.com/amorescontrampa or from the Internet (App) TelevisaTelevisión application where there is a plus of an interactive experience.

The hosts of the evening were the conductors of the web show of the telenovela, Tania Piña and Julio Vallado, plus Jimena Gallego, conductor of televisa.com, whom presented a sample of the content that each night the public can see through the Internet.

In this website show conductors momentarily appear in the story and the actors make interventions in the internet transmission. In addition, the public has access to exclusive content such as: behind cameras, makeup tips, interaction in social networks and the presence of special guests.

Meanwhile, those fans who follow the transmission via mobile devices and downloaded the free application from  Televisatelevision, have the opportunity to live an interactive experience: participate in a survey, on the question of the episode of the day also qualify scenes with a thermometer, and the Twitter take part in a videoconference.

In addition to celebrate this special time for this production technological moment, Emilio Larrosa took the opportunity to inform that the telenovela was chosen to represent the stand of Televisa at MIPCOM 2015, one of the leading global entertainment content markets.

Amores con Trampa is transmitted by Canal de las Estrellas, televisa.com/amorescontrampa and the app TelevisaTelevisión from Monday to Friday at 20:20 hours. 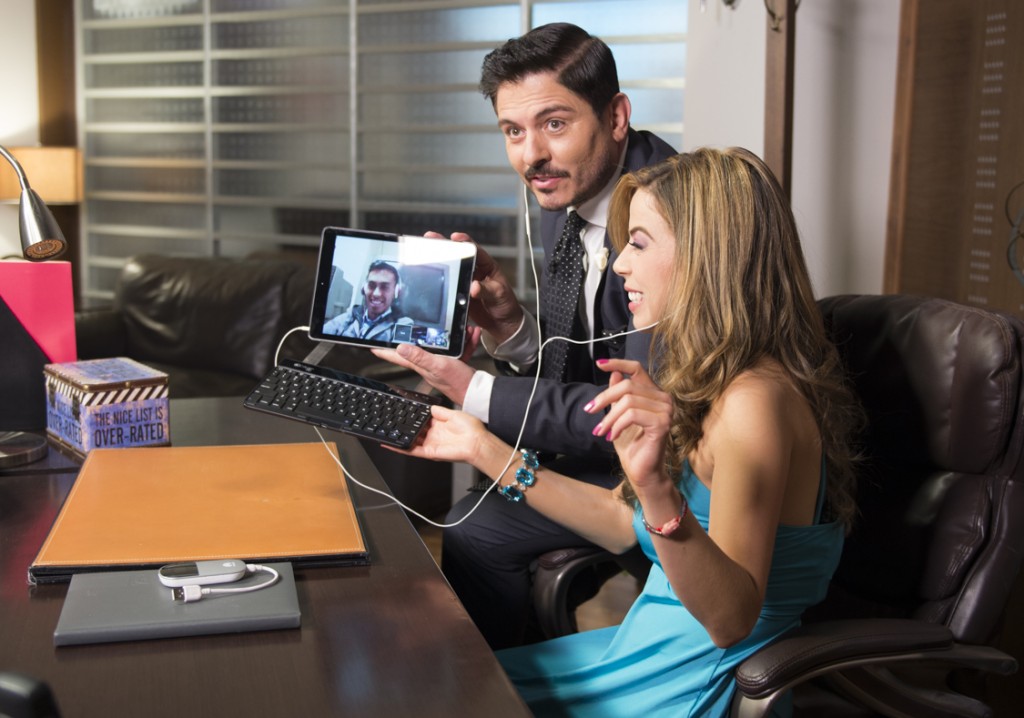 The special internet transmission allows followers of the telenovela interact with the actors.