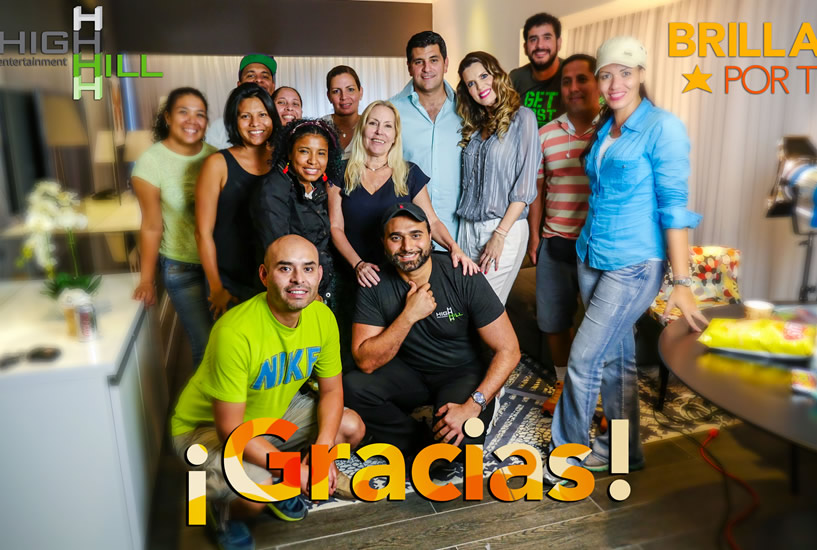 Creative and producer Carlos Mesber during the recording of the program in Panama.

Creative and producers of this new format which is aired on TVN in Panama for about eight weeks are very, but very happy. High Hill Entertainment format owners are in negotiations to take it to other countries in Latin American.

Developed as a concept of social responsibility, the program has become a platform to return to the public all the love, loyalty and support they have given not only the channel, but also to High Hill over the years.

The program continues leading the Sunday afternoons in Panama and receiving a high level of response from the audience.

“There are many organizations and individuals that have been moved with the cases that have been presented and, together with us, their grain of sand towards the neediest,” said Carlos Mesber to TVMAS, creative area main head and production of High Hill.

“In addition, we are proud having celebrities such as Alicia Machado, Scarlet Ortiz, Maritza Rodriguez, Erika Ender, Geraldine Bazan, Blanca Herrera, among others, who act as ambassadors for our cause, unabashedly indulging their audience.”

Brilla por ti debuts a new episode every Sunday at 1:30 pm by TVN Panama, after the National Lottery.