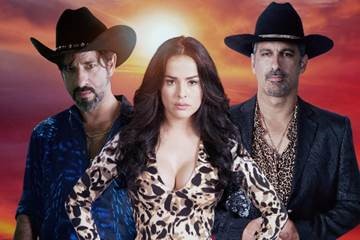 Cisneros Media Distribution (CMD) adapted its programming proposal for the markets of Central and Eastern Europe in the framework of the international market NATPE Europe 2015, which took place from June 22 to 25 at the Hilton Prague Hotel of Czech Republic.

The programming proposal highlighted their wide selection of products ready for immediate delivery in a diverse catalog that contains some of the most celebrated telenovelas and super series of the industry, including “Ruta 35, La Valvula de Escape”, “DeMente Criminal”, “Voltea”, “Amor Secreto”, “Corazon Esmeralda” and “Cosita Linda”. It also highlights “XRC”, the new clips series of spectacular news; English original production series of travel and beauty “Latin Angels”; and the flora and fauna series “Animal Atlas”, which already has 14 seasons.

“Cisneros Media Distribution has created a specific portfolio of programming for these countries ideal for buyers and developers in the region who are budget-conscious, since our dramas are an attractive and cost-effective alternative and profitable to providing quality entertainment. Our successful telenovelas in general consist of 120 episodes and can be scheduled up to six months”, emphasized Marcello Coltro, Executive Vice President of Content Distribution of Media Cisneros.

CMD through its representative Cristobal Ponte also presented a selection of co-productions, formats and easily adaptable librettos to European markets, as “Gritos del Corazon” (“Cries of the Heart”) or the telenovela that is currently in preproduction, “Entre Mi Amor y Tu Amor” (“Between My Love and Your Love”).