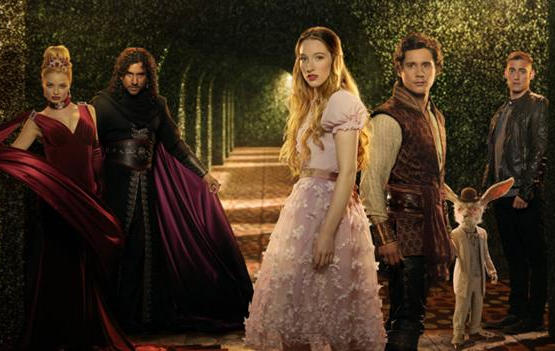 Canal Sony is one of the most popular general entertainment channels in Latin America, announced the simultaneous release of two new series on VOD and through Canal Sony Plus, TV Everywhere service and Catch-up signal SVOD service.

Scheduled for the months of July and August, the premières of Once Upon a Time in Wonderland and Mixology will come accompanied by an innovative multiplatform campaign that will invite channel subscribers to binge entertainment (“Binyear”) and enjoy the first full season of the new series.

This initiative is the second of its kind Canal Sony presents in 2015. Earlier this year, Deadbeat became the first production of the signal to offer all the episodes of its first season simultaneously on multiple platforms.

The releases will be supported by multimedia (#Binyea) campaign which includes music, promos and a strong presence in social networks.

Once Upon a Time in Wonderland is based on the classic story by Lewis Carroll, but with a special touch. Like the original Once Upon a Time, this new narrative is situated in the country of the wonders of today, with flashbacks to the past.

Meanwhile, Mixology is a sitcom that unfolds over the course of one night in a Manhattan bar called “Mix”, where five women and five men gather to have something more than a casual conversation and a drink. Each episode follows two or three of the characters from the moment they met until dawn.

The series is produced by Ryan Seacrest Productions and Lucas & Moore, in association with ABC Studios.