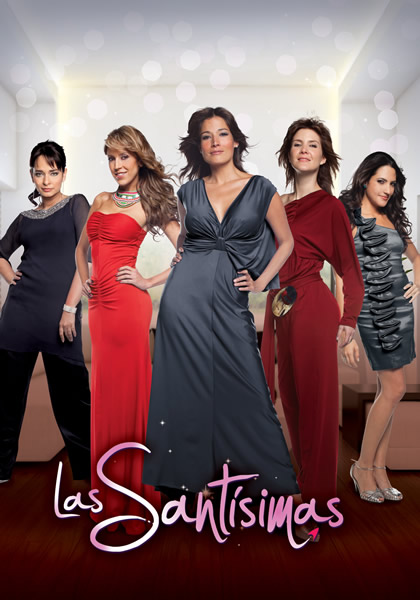 It is the story of Helena and her friends Ana, Candelaria, and Francisca Irene, near forty, with names of saints and martyrs, who thought that they were destined to remain spinsters. When Helen finally manages to marry, after years of being a single mother, occurs a great tragedy in her life. And to overcome decides to adapt her house as a spa and, with her friends, runs the place. Amidst the demanding work, ‘Las Santisimas,‘ as they call themselves, have to deal with internal conflicts and the opposition from those who are determined to hinder their quest of happiness and fulfillment as women.

“Las Santisimas, is a production with real life stories that can happen to all women of Colombian society regardless of the social circle in which they move. Their loves, disappointments, conflicts, dreams and desire to succeed, are the ingredients that make up this novel with which viewers are going to feel fully identified,” says Juan Carlos Vasquez, one of the directors.