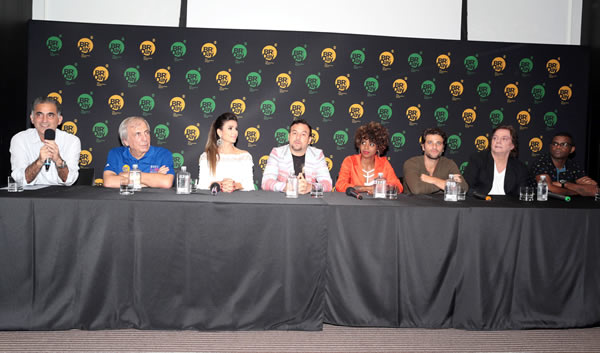 On this Saturday, September 5th, Globo gathered the press at the Andaz Hotel, in Manhattan, to introduce the attractions of BR Day New York 2015. Actor Bruno Gagliasso, who will be the MC of this year’s show, as well as singers Paula Fernandes; Fábio Jr.; Olodum’s vocalists, Sátyra Carvalho and Mateus Vidal; and musician Pretinho da Serrinha, spoke about their expectations for the 31st edition of this special event taking place tomorrow, September 6th, on Sixth Avenue. The event was also attended by Globo’s Director of Special Projects, André Dias, as well as the founder of the event, João de Matos.

André began the press conference, thanking the artists and journalists for their presence, while recalling the great celebration held last year, when the event was re-branded as “BR Day New York”.  “The BR Day is a celebration that is possible thanks to the efforts of a large team. Last year, a heavy rain began during the party, and it was exciting to see that the crowd didn’t leave the event, making the celebration even more beautiful. I’m sure that the show tomorrow will be another success, which is assured by the participation of these great representatives of the Brazilian music,” he commented.

The Director also explained this year’s intent to celebrate the 30thAnniversary of famous Axé rhythm, which will be guaranteed by the presence of two unrivaled performers from Bahia: Durval Leys and the Olodum. The show will have the romantic notes of the Brazilian country as well as songs considered Brazilian classics.

Next, a video about BR Day New York offered a preview of tomorrow’s party, with scenes of behind the scenes event production required for an event of this magnitude. “I’m really happy to be representing Globo TV at this event and this  is a huge responsibility to me. The Brazilian public who come to the event really miss their home country” said Bruno Gagliasso, this year’s event host. An enthusiastic Paula Fernandes also celebrated her participation in the event. “It’s a huge privilege to be part of this team,” she celebrated. “I hope people will remember my songs,” joked Fábio Jr., who will also bring classic songs from his career to Sixth Avenue, so that Brazilians living abroad can experience the emotions from their home country.

In order to celebrate the 30th Anniversary of Axé, which took the music of the Brazilian state of Bahia to the world, Olodum, along with singer Durval Lelys, promise to represent the rhythm.

“We chose to bring some of the Olodum’s classics hits to New York,” said Mateus Vidal, singer for Olodum.  “This is the band’s first participation at the BR Day and we couldn’t be happier,” celebrated Sátyra Carvalho, also a singer. Pretinho da Serrinha, responsible for the event’s band, also showed a lot of enthusiasm. “I had an amazing rehearsal with Paula and Fábio Jr., we really connected.”

BR Day starts today at 1:00 pm featuring DJ Boris to warm up the event. Bruno Gagliasso will take the helm at 2:00 pm, kicking off the show, which will end at 6:00 pm. Plasma screens will be positioned along the Avenue to bring the audience even closer to the stage. The screens will also display Globo’s international channel clips with special messages, and live images of the event. BR Day NY, produced by Globo, promises to shake the audience in a big show that once again celebrates the Brazilian spirit, the famous ‘GreenYellow Mood’. 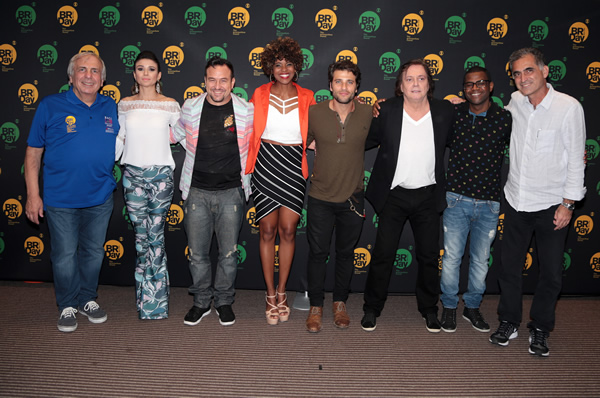