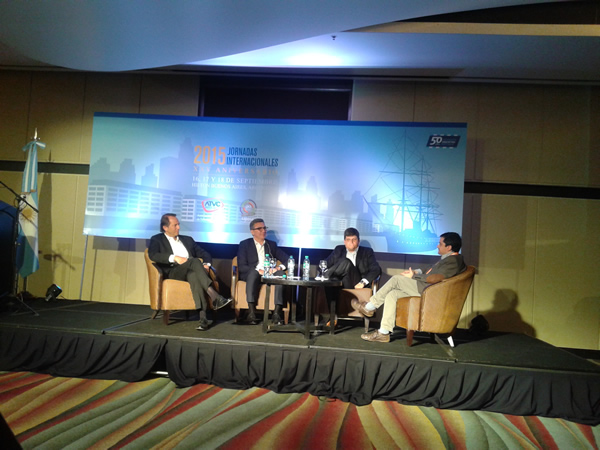 During the second day of Jornadas International was held the Conference of CEO’s “Present and future prospects of Cable TV in Latin America” to a full house.

Carlos Moltini, CEO of Cablevision, said that not only needs regulation which look towards convergence, asymmetries and the next ten years, but the authorities in charge of the regulation should have professional capacity to inspire confidence and explained that “In Argentina have a regulator that, in the case of the Media Law, applies it when it suits him, and when not, applies his discretion. This is the result of lack of professionalism. They are the key players in the telecommunications sector, which is where we develop our businesses. With them always we will quarrel, because they originate from lacking in competence and accustomed to dominance. That an actor appears and transforms into a major player in broadband, which dispute them the market, which exposes the bid of 4G, which opposes the new telecommunications law, because it hurts Cable and benefits even more the dominants, no doubt it really bothers them. But those are the rules of the game, the cable will have even more preponderance in the development of the sector.”

For his part Eduardo Stigol, CEO of Inter (Venezuela), said: “We have been unable to get together and defend our businesses against new offerings like Netflix” the three CEOS agreed that the consumer will be the one who decides where, how and when to consume content, and that the great challenge is to generate the best platform to be elected. Luciano Marino, VP of Millicom, expressed: “What we have to provoke is to be us the best platform. Convergence is the content: to give everything we have to have convergence to generate monetization to invest, create and improve the platform.”