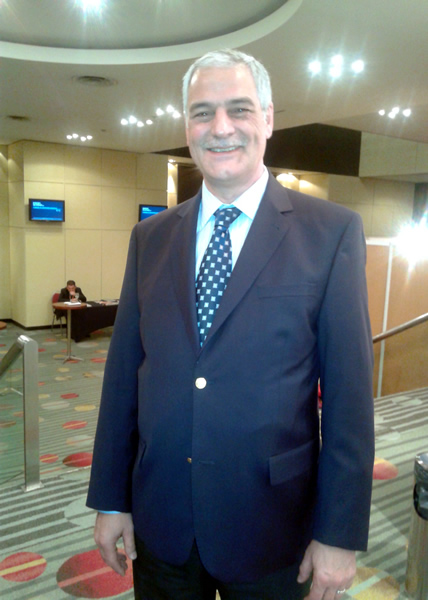 With record attendance compared to the previous two years, on September 16, 17 and 18 took place the event that brings together the leading distributors and producers of Latin America Cable signals, at the Hotel Hilton Buenos Aires where TVMAS was present circulating with an issue with content that aroused the interest of all participants.

These Jornadas are organized for 25 years by the Association of Argentina Cable Television (ATVC) and the Chamber of Programmers and Producers of Signals and Audiovisuals (CAPPSA). In this edition, besides commemorating a quarter century of Jornadas, celebrated 20 years of CAPPSA and 50 years of Cable TV in Argentina.

From ATVC highlighted the call level and the participation of the main references of the Chambers of the industry, unions linked to the sector and representatives of several political spaces. “Through a vigorous and ever-growing evolution we consolidated a productive, dynamic, competitive and convergent sector allowing us to glimpse into a future with infinite new services,” assured Walter Burzaco, president of ATVC.

As part of “year of the celebrations,” Burzaco at the opening ceremony, maintained that the sector “has always been committed to the development of the country, which has led us to create more than 25,000 jobs. We connect, among the 700 companies around 9 million pay TV subscribers and 2.7 million broadband access.” At the inauguration were also present Sergio Veiga, president of CAPPSA, and the current Chief of the Cabinet of Ministers of Government of the City of Buenos Aires elect, Horacio Rodriguez Larreta.

In addition to exhibition stands, technical workshops and other activities, the traditional academic conferences were the most highlighted during the first and second day of Jornadas. On Wednesday were conducted debates on regulation and proposals for the sector, in which were Fabian Rodriguez Simon of the space Cambiemos and Gabriel Estrada Mihura of the UNA front, with journalist Ricardo Pipino as moderator.

On the regulation of audiovisual services and telecommunications, experts and former regulators agreed on the need to generate converging legal frameworks. With regard to the characteristics of the Spanish regulatory framework, García Castillejo said that “regulation in Spain does not restrict licensing localities or by number of subscribers,” compared with the Argentine case. Regarding the case of Colombia, Tellez Ramirez said that although his country has separate television and telecommunications laws, “Currently there are operators of telecommunications services integrated with traditional TV operators that offer broadband television, because they only require a national clearance.” He also stressed the dynamization of the market from the 4G tender in 2014, which “allowed the entry of three new operators into the market of mobile telephony in addition to mobile virtual operators without use of spectrum.”

On Thursday was presented a lecture on the present situation and prospects in Latin America Cable, with the participation of CEOs Carlos Moltini (Cablevision-Argentina) and Eduardo Stigol (Inter-Venezuela), and Luciano Marino, VP-Millicom Latin America. As moderator was journalist Jose Crettaz.

Moltini noted that “without controller professionalism billions of dollars are lost in investments for the country.” For his part, Stigol said that “the telephone companies are destroying 30 years of work and value of content in the home. That is a risk that will be expensive to the industry if it does not agree.” In his turn, Marino assured that “we need to move towards convergence to generate a monetization that will allow us to invest and, in addition, create and improve the platforms.”

On Thursday night was held the “feast of anniversaries,” in which where honored representatives of the cable operators pioneers in the provinces of Buenos Aires, Santa Fe, Cordoba, Entre Rios and La Pampa. On Friday ended the event with the 5th Jornada of Audiovisual Training, organized jointly by ATVC and the Audiovisual District of the City of Buenos Aires. 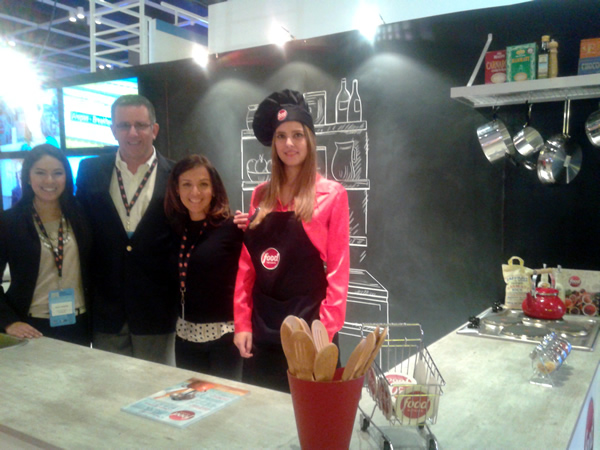 Maki Yazawa,  Mauro Paez-Pumar and Nora Abrego at their stand, one of the most creative, such as HBO’s which were the stands more creative of the event.