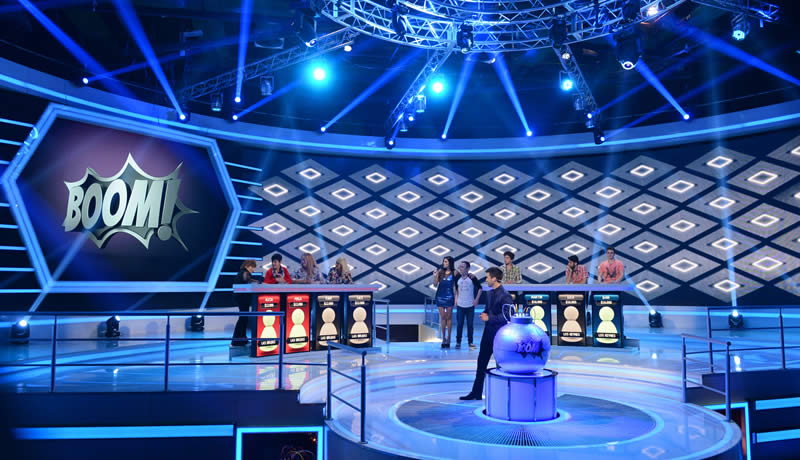 Keshet International is to launch an international production hub, in partnership with Telefe Argentina, for its explosive game show BOOM! The hub is available for use by all licensors of the format worldwide, according to a press release issued at MIPCOM in Cannes.

Launched on 30 September, Telefe’s local version of BOOM! became the slot leader across Argentina with an average share of 32.9%. The same studio is now available to licensors along with full production crew so that international productions need only supply a cast and showrunner.

The news follows a recent announcement that will see KI and Telefe co-developing entertainment formats for global distribution and on the back of the successful local adaptation of KI’s interactive talent format RISING STAR (“ELEGIDOS”), the second season of which is now on air and drawing an audience share of approximately 34% each episode.

BOOM!’s stripped Spanish series continues to draw a higher than average share for Antena 3 having launched over a year ago in September 2014. It has also aired successfully in Hungary (TV2), Kazakhstan (Channel SEVEN), Chile (TVN), and Uruguay (Canal 10, finished Spanish version) with a total of more than 400 episodes commissioned worldwide to date. BOOM! has most recently aired in France where it brought TF1 its best numbers in the 7PM slot since August 2014. BOOM! has also performed well in the US achieving robust results for FOX. Versions for Cambodia (Bayon TV) and Peru (America TV) are in the pipeline.

BOOM! fuses the drama, thrill and intensity of a blockbuster action movie with the high-octane fun of a video game, creating one literally explosive trivia challenge. A unique visual concept coupled with a rollercoaster of laughter and adrenaline.