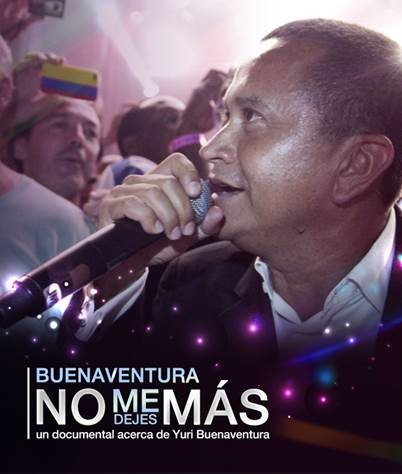 This documentary was nominated for the 2015 International EMMY Awards in the category of Documentary Art, it premiered on December 3 by OnDIRECTV Latin America (channel 201/1201 HD), in the territories of Colombia, Argentina, Chile, Peru, Ecuador and Uruguay at 21:00, and at 21:30 in Venezuela.

Narrates the life and sacrifices of the singer and composer Yuri Buenaventura. A humble musician from the Colombian Pacific Coast that left his land and his family in hopes of becoming a recognized musician in Europe.

In order to achieve his dreams was forced to live on the streets of Paris. However, thanks to his immense talent, he managed to escape poverty and excel in the music scene of the French capital. There he found success selling 4 million copies and became one of the most influential Latino artists in France and Europe.

Yuri Buenaventura received the Order of Arts and Letters in the grade of Knight by the Embassy of France in Colombia, besides obtained the India Catalina Awards for the music of the hit series Pablo Escobar, el Patrón del Mal.