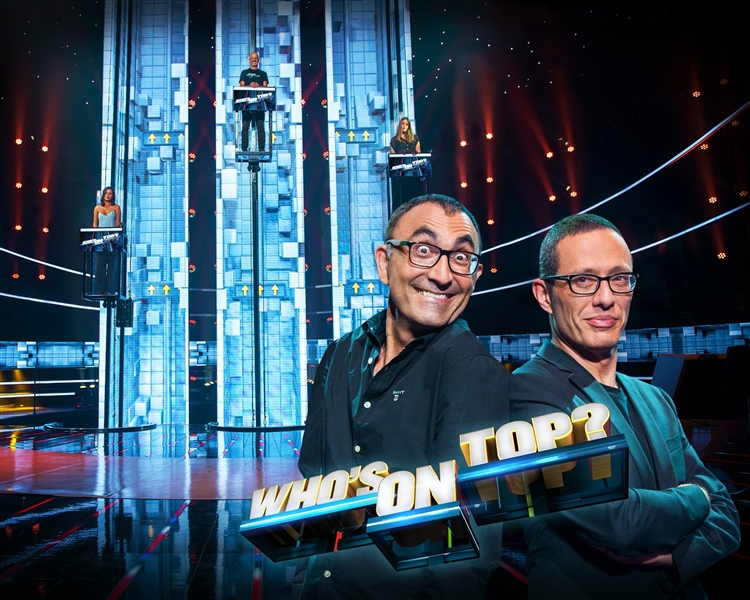 Keshet International’s (KI) original variety gameshow format, Who’s on Top has been licensed by RCTI Indonesia. The local version of the show will be produced in-house and the free to air network will broadcast the series in a two-hour, weekly primetime slot.

Who’s on Top has consistently performed for Keshet Broadcasting achieving an average series share of more than 30% in prime time. The sale follows the success of the Indonesian version of KI’s interactive talent show RISING STAR which will launch its second season later this year.

Dini Putri, Programming and Production Director at RCTI, said, “Following the success of RISING STAR we are delighted to bring another prime time format from Keshet to our viewers. Who’s on Top’s hybrid of humour-filled variety and spectacular game show is a brilliant twist on the genres that will pop in our new programming schedule”

Keren Shahar, Managing Director Distribution at Keshet International said, “We are thrilled that Who’s on Top has found another home on one of Indonesia most-watched entertainment channels. It’s very exciting for two of our flag ship shows to be forming part of RCTI’s new primetime programming line-up.”

Who’s on Top? is a unique and an eye-catching entertainment format, which sees three contestants suspended in “air pods” scaling in-studio towers five stories high and faced with fun trivia questions to which only two answers apply, such as “more”, “less”, “true” or “false”. If answered correctly, the contestant’s air pod springs to life and quickly ascends to the next level of the tower, accumulating money as it goes. However, if they get the answer wrong, they plummet all the way to the basement level, leaving only their head peeking above the floor until the next round. The goal of the game is to keep climbing and make sure you’re on top. The contestant who makes it to the final round will play for the chance to win the money accumulated by all three players throughout the game. Who’s on Top? was co-developed by Keshet Broadcasting and Flare Media International and created by Erez Tal.