Globo and TV Vodafone recently partnered up in Portugal. Starting August 10, the Brazilian channel, which bets on fiction by airing telenovelas seven days a week, in addition to Brazilian series and movies, joins the carrier’s portfolio. The announcement consolidates the network’s success in Portugal, which has become a reference in cable TV content in the country since 2012.

Airing exclusive content in Portugal since 1977, as well as the Globo Premium pay TV channel, featuring information programs, talk shows and live football matches, this partnership represents an important opportunity for Globo to cover a greater number of subscribers. 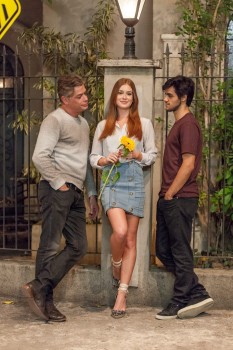 According to Ricardo Scalamandré, Director of International Business at Globo, “Globo’s addition to TV Vodafone’s platform allows us to offer a broader experience to all Portuguese viewers, who have always shown great recognition for our titles, especially for dramaturgy, which still leads cable TV ratings in Portugal. The most recent example is the telenovela ‘Total Dreamer’, steadily featured on the list of most viewed programs since its premiere, with an average audience of 100,000 viewers.” Also a big hit in Brazil, the telenovela will be launched on the European market in October, during MIPCOM 2016; and on the Latin-American market on NATPE 2017.

In addition to both channels in Portugal, Globo currently has five pay TV channels across all continents, with over 3 million subscribers. Signals are transmitted via satellite, cable, IPTV, and OTT. The programming includes real time news, live sports, telenovelas, miniseries, children’s contents, and variety shows, becoming increasingly popular among audiences around the world over the years.