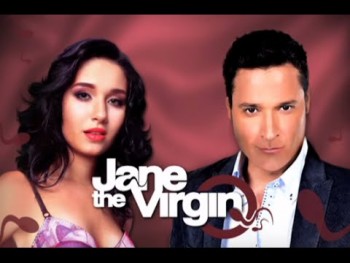 NYC Television & Video Week will present a special celebrity-filled session at the 14th Annual Hispanic Television Summit on Thursday, October 20, 2016 at 1:30 PM at the Grand Hyatt in New York City. President of WE tv, Marc Juris, and Vice President of Development at WE tv, David Stefanou, will join a panel titled “The Art of Cross-Over Content” with the popular stars of WE tv’s My Life is a Telenovela – Maria “Raquenel” Portillo, Sissi Fleitas, and Enrique Sapene. The new docu-series focuses on real-life actresses vying for the same role in a telenovela airing on Telemundo.

his star-studded super session will take viewers behind the drama, intrigue, and betrayal that occurs both on and off-screen in Latino Hollywood. The panel will also address business strategies and the creative challenges of entering into the world of “Hispanic” television with the cross-over of traditional Hispanic telenovelas taking on new life for English-language networks i.e. network shows like Telenovela and Jane the Virgin taking nontraditional primetime spots.

“This year’s focus is on the reality TV genre,” says Louis Hillelson, VP/group publisher of Broadcasting & Cable/Multichannel News. “This session not only reflects that genre, but has the added bonus of being a cross-over between Spanish and English languages.”

“My Life is a Telenovela presents a unique opportunity for WE tv, and one that builds on our commitment to diverse programming and bringing new faces and voices to our audience,” said Marc Juris, WE tv president. “We are excited to showcase this world, which is new to many of our viewers, and the passionate men and women who make these incredibly popular soap operas.”

The Hispanic Television Summit will also present additional programming that focuses on expanding the business environment of Hispanic TV and Video for a growing market segment. Topics will include advertising, content distribution, marketing promotions, as well as a focus on programming including sports, news and reality TV genres, as well as telenovelas, musical concerts, award shows and comedies.  In addition to the informative presentations, there will also be an awards ceremony honoring some of the most prestigious names, and businesses in the industry.

The Hispanic Television Summit is produced annually by the Schramm Marketing Group.

For information on the 2016 NYC Television & Video Week partnerships and sponsorship opportunities, contact Charlie Weiss at 212-378-0478 or cweiss@nbmedia.com.