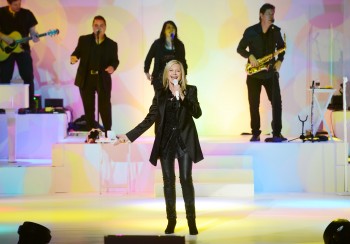 The organization of the event confirmed the presence of the singer and actress Olivia Newton-John for February 23, which will be completed with performances of English-speaking artists. The remembered Sandy from the film Grease, where she shared roles with John Travolta, will be on stage for the first time at Quinta Vergara.

The 68-year-old artist will offer a 70-minute show that will review her successes as a soloist, as well as those songs she performed and which were part of Grease and Xanadu’s soundtracks. These include: You’re the One that I Want, Hopelessly Devoted to You, Xanadu, Magic, Physical, Summer Nights, We Go Together, A Little More Love, Twist of Face, Sam and Suddenly.

The ratification of Olivia Newton-John joins the grid of artists already confirmed, including J Balvin, Maluma, Lali Esposito, Isabel Pantoja, Los Auténticos Decadentes, Fabulos Cadillacs, Rio Roma, Sin Bandera, Camila, Américo and Mon Laferte. The Festival of Viña del Mar will be held between February 20 and 25 and will be transmitted live and direct on HTV for all Latin America, while TNT will feature an hour of preshow, compiled with the best of the previous day and then, will show the Festival live for one hour and CNN will cover journalistic the news periodically from the morning: “Café CNN”.