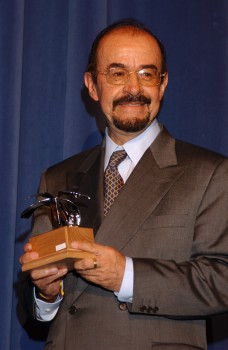 Zoland TV, a joint venture between ZN Animation and Centauro Group carries a large library of original animation content made in China.  ZN Animation being one of the largest producers of China has more than 1000 hours of original IPs in TV series and movies.  Apart from its own animation, the platform is also aggregating other top notch Chinese animation producers and works on board to be part of its overall offering.

The USP of Zoland TV is that it is a unique and special planet for kids of all ages, where children have a safe environment to have fun with the great content and exclusive animated series in 4 different languages:  English, Chinese, Neutral Spanish and Brazilian Portuguese.  The vision of the channel is that it will offer up to 2000 hours of exciting animation that appeal to all age group, accessible all over the world in multiple languages, including that of French, German, Italian, Spanish, Dutch etc.

Online gaming customized to the animation offerings plus online shopping for children wear will also be incorporated into the platform.  The app will be available for Natpe, on smartphones, tablets and computers by just keying the icon for zoland.tv

At current, ZN Animation’s contribution is in terms of the animation production and its huge original content library, with English and Chinese language tracks.  On the part of Centauro Group, contribution is in creating, designing, hosting the VOD platform, providing the Neutral Spanish and Brazilian Portuguese dubs as well as handling the marketing, infrastructure, logistics and administration of the set up.

The idea of Zoland TV was first born 2 years ago between ZN Animation’s Managing Director of Global Division, Ms Samantha Wong and Centauro’s Group CEO, Mr Gustavo Nieto Roa.  During the meeting, both companies shared each other’s vision of growth for their companies and found that the strengths of each company compliments perfectly. This led to the strong collaboration of both teams across the globe into this new entity.  Zoland TV also welcomes partners with other language dubbing abilities to partner into the venture as eventually this will be a one animation entertainment shop for children of all ages all over the world, where the choice of any language is at the tip of the fingers.

Gustavo Nieto Roa, the CEO of Centauro Group, said that with this joint venture, his corporation with headquarters in Miami and offices in Mexico D.F. Bogotá, Colombia, and Sao Paulo, Brazil, has taken a very big step into becoming a global source of animated product and other businesses related like gaming customised to the animation offerings, that also includes wear and merchandizing.

Samantha Wong, Managing Director of ZN Animation Global Division “I am very excited about Zoland TV because this platform is an excellent cultural and creativity bridge between China with the rest of the world, and through the best audience, the movers and shapers of our tomorrow.”

Es ejiang Zhongnan Animation Co., Ltd., founded in 2003, is one of the largest animation content producing firms in China.  Based in Hangzhou, the group has 3D studio, digital multimedia facilities, and has been listed as a national hi-tech enterprise that is capable to undertake national science and technology R&D plans. It is also the national leading enterprise in animation export, whose properties such as RUBI, Magic Wonderland, Keke Story, Magic Eye, The Configurators, Dream Town etc have been broadcast in many countries worldwide.ZN Animation also owns an indoor theme park and a created its own kid fashion brand “RUBIYOYO” which has now a chain of franchise stores of 70 all over China. 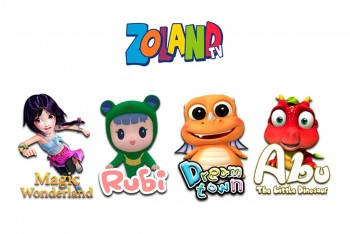