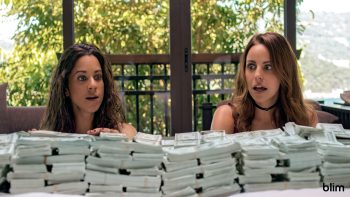 This action comedy and black humor is produced by Rodolfo de Anda with stellar  performances by Alejandra Ambrosi and Vanessa Terkes.

Susana (Alejandra Ambrosi) and Veronica (Vanessa Terkes), unexpectedly stumble upon a suitcase containing 10 million dollars, and from that moment they are immersed in a singular flight, to escape from the thugs that persecute them to recover their money . In that escape, Susana and Verónica are confused with two rich heiresses, which will confront them to a world totally unknown to them.

The plot is developed in a world in which all involved seek something and no one is who he says he is, and in which the more money is possessed, the more secrets must be kept.