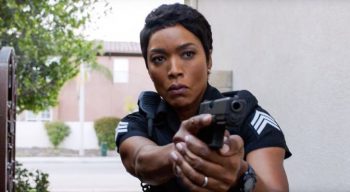 Elie Wahba said in the recent screenings in Los Angeles that “we do not know in the hands of who will remain the company.” The Senior Vice President for Latin America and the Caribbean of 20th Century Fox and Ricardo Rubini, Sales Vice-President for the same region, talked about the sale of the company and ensured that programming is the key.

Wrapped in an uncertain situation due to its imminent sale it may be in the hands of The Walt Disney Company, Comcast or some other bidder, these industry-leading executives said that FOX Productions will continue to capture audiences around the world.

“Things change. Today is Disney and tomorrow can be another company. All we know is that, to everyone’s surprise, Fox is for sale. How it will continue, if it is going to be independent or will be totally absorbed, that is not known, it will depend on the buyer. A process of one or two more years, so we’ll see how it will be like,” Elie Wahba told the media at the past Los Angeles Screenings and where TVMAS was present.

Ricardo Rubini, said that “It does not matter in the hands of whoever is the company, we will accompany the needs of Latin American networks, maintaining personal and business relationships.” But clarified, that obviously, the brand is very important and  it will determine a course.

The competition is no longer of channels, or brands, but a dispute by the user with content that captures their leisure time. We at TVMAShave warned and discussed this with industry leaders.

“Successful signals or companies are those that anticipate the need for what the client wants to see. If there is no innovation, it is best to get out of the business,” argued Rubini.

Elie Wahba, with his long career, presented the series Pose, a fiction set at the end of the 1980’s, a time when numerous AIDS cases were recorded in New York City. “This program has the largest number of transsexual actors in history,” says  Rubini.

In that sense, Wahba affirmed: “We accompany the cultures and the evolution of the world. Fox was the first big studio to make a movie about a gay teenager. We try to update ourselves and always be present with what the public wants.