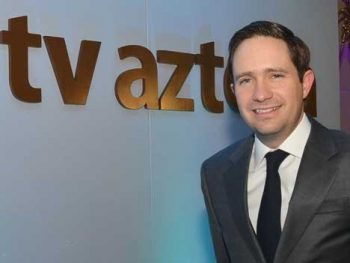 As part of its announced evolution, live production is its priority. However, the CEO, Benjamín Salinas announced that they will grow in the live entertainment segment only 10% this 2018. But he foresees that in 2019, growth will be 47%.

Affirms that live entertainment is the audience’s preference, so they will work with their own content as with co-productions.

With its agile and interactive format, Exatlón seized audience levels, reaching more than 10 million people per broadcast and achieving that 50% of its audience was less than 33 years (millennials and centennials), and ensuring that when there is quality in entertainment, young people watch television.

“Mexicans are looking for live entertainment of the highest quality and that is what we’re going to create to satisfy the demand of our audiences,” said Salinas.

TV Azteca has signed an agreement with AcunMedya, a Turkish production company, founded in 2005, which has made adaptations of live entertainment programs in diverse countries. In Mexico, together with TV Azteca, has co-produced Exatlón and Mi Pareja Puede.