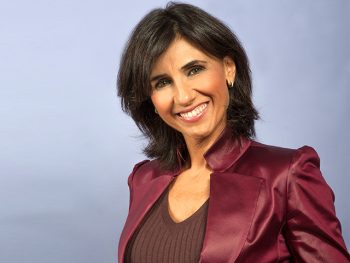 At the upcoming NATPE BUDAPEST held at the InterContinental Hotel from the 25 to the 28 of June, Mediaset Distribution will announce the new partnership with Esperanza Garay CEO of MGE (Mega Global Entertainment), an independent distributor of series, telenovelas, formats and original productions from Chile and Colombia.

For the first time, Mediaset will distribute MGE catalogue and in particular, at Natpe will pitch 3 telenovelas and 1 reality from the MGE catalogue. The titles are Hidden Truths (Verdades Ocultas) a successful telenovela of 220 episodes (2 seasons) in which Laura a poor mother of 2 little girls is forced to sell her youngest daughter to a rich restaurant chain owner, and who later will face a new opportunity to have her back when the man decides to give the restaurant to his now daughter (under a new name) as a gift. The 2 unaware girls will confront each other as they fall in love with the same man.

The other telenovela is Amanda (170 episodes). It is a story of revenge and love, as a 14 year-old girl was raped and wants justice. The last telenovela is Forgive our sins (Perdona nuestros pecados) a series of 232 episodes currently airingin Chile, which focuses on the story between the new charming priest in town, and the daughter of one of the richest men of the parish. The list includes also the reality Would you take your ex back?  (¿Volverías con tu ex?) In which 12 former couples are going to spend a period time together on an isolated location and can re-examine old relationships and get a second chance. In addition to finished products, the company also distributes scripts and offers the possibility to create strategic alliances for the creation of new products.

Partly-owned by the Chilean network Mega, the most watched channel for four consecutive years, MGE holds rights for the international distribution of MEGA’s successful fiction content. The new deal between Mediaset Distribution and MGE will allow the companies to distribute their own catalogues in Latam, Europe and Cee Regions.

The content portfolio is complemented with the innovative and creative ideas of Zona A Entertainment, a Colombian company which represents editorial products for audiovisual purposes, as well as the Mediaset catalogue for the Latin American region.